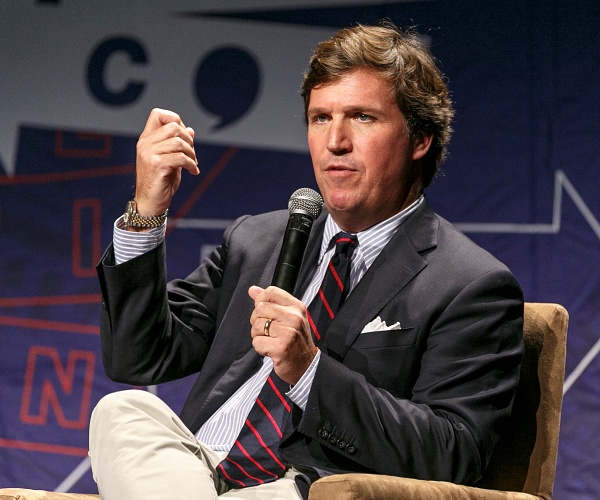 Fox News prime-time host Tucker Carlson on Thursday night called out Trump election lawyer Sidney Powell, saying he asked her for evidence to support claims of election fraud, but, “she never sent us any evidence despite a lot of requests, polite requests, not a page.”

“When we kept pressing, she got angry and told us to stop contacting her,” Carlson, host of an 8:00 p.m. Fox News show and Trump confidant, said on his show. “When we checked with others around the Trump campaign, people in positions of authority, they told us Powell has never given any evidence either. Nor did she provide any today.”

Powell has said the machines that many Americans used to cast their ballots were originally created to falsify election results in Venezuela.

“What Powell was describing would amount to the single greatest crime in American history,” Carlson said on Thursday night in a 10-minute monologue at the top of his show. “Millions of votes stolen in a day. Democracy destroyed. The end of our centuries-old system of government.”

But, Carlson said, she became “angry and told us to stop contacting her” when he invited her on.

“How quickly we turn on our own,” said Bo Snerdley, Rush Limbaugh’s producer. “Where is the ‘evidence’ the election was fair?”

“As long as Tucker Carlson works for Fox News, he can’t be fully trusted,” added Roosh Valizadeh, a writer and podcaster who supports Trump.