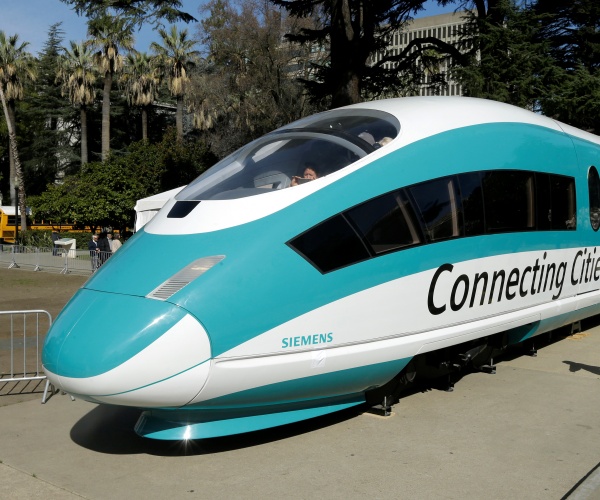 California state officials on Tuesday threw cold water on the idea that the state’s high-speed rail project could see a bailout in the next year due to Joe Biden’s longtime affection for the country’s train system.

“Biden is a fan of the typical Amtrak route, which is akin to our Metrolink or the Amtrak service in the Central Valley,” Metro and Metrolink board member Ara Najarian told the Los Angeles Times. “High-speed rail is a question mark. I don’t know he would go that far.”

The state’s bullet train project began in 2008 with an initial estimated cost of $33.6 billion, a figure that has since risen to anywhere between $63.2 billion and $98.1 billion, according to the California High-Speed Rail Authority in 2018.

Brian Kelly, the Authority’s chief executive, noted that while he is “encouraged by the opportunity to have a functional partnership,” the project’s status is at “the end of a tough beginning.”

However, these changes are unlikely to happen should Republicans win the upcoming runoff elections in Georgia and maintain control over the Senate.

“Prospects for some financial participation by the federal government are better than they were, but it is easy to overestimate them,” said University of California, Los Angeles professor emeritus and transportation expert Martin Wachs. “There could be a few billion dollars, but it would not eliminate the need for the state to put the project on a sound financial footing.”