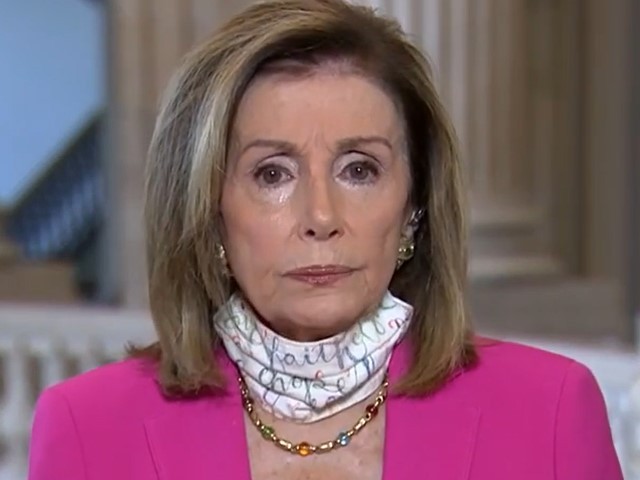 Congresswoman-elect Yvette Herrell told Breitbart News Tonight that House Speaker Nancy Pelosi’s (D-CA) majority is in “shambles,” which will give House Republicans more leverage in the next congressional term.

Herrell spoke to Breitbart News Tonight host Matthew Boyle as Republicans have managed to flip several seats across the country, resulting in a net gain of at least six seats.

Herrell charged that this leaves House Democrats with a diminished majority, which will make it harder for leaders to control their rank-and-file members.

“The majority for Speaker Pelosi has really gotten in shambles here, and it’s going to be a lot more difficult for her to be able to hold onto her people, and I’m just excited to be a part of that,” Herrell said.

“It’s a beautiful thing because you’re right, she’s [Pelosi] going to have such a slim margin, and I know that her members are very angry right now. They all felt that they were going to be protected, they were going to increase their numbers. It completely backfired. And here’s what I believe,” she added.

Herrell charged that many moderate Democrats across the country’s swing districts might not back the Democrats’ increasingly progressive agenda.

“I just don’t think they’re going to be sold out for Nancy Pelosi’s San Francisco policies, and I think she’s going to have a hard time keeping all of her members in lockstep with her, and especially these progressive agenda items they’re trying to push through. I don’t think she’ll have that support automatically built-in, and that’s what just a beautiful surprise that was for everyone,” she said.

Herrell charged that Republicans could likely get many Democrats to vote with them on contentious issues.

She explained, “Picking off three or four or five Democrats could be the difference between a stalemate and having it sit there or getting some policies through the White House and for the American people.”

Herrell added, “Following in lockstep with Nancy Pelosi’s – again with her agenda – is not necessarily going to keep them in office. And when we go into the midterms in 2022, I think that Republicans will take the House back in a big way, but that gives us that big leverage in 2021, where we will be able to pull some of those votes our way.”

“If you can’t be in the majority, at least be in the minority with enough leverage that you can really make things uncomfortable for the Speaker,” Herrell said.