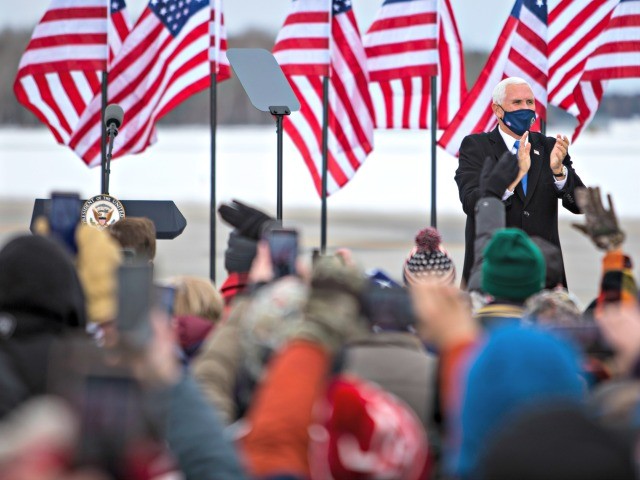 After the dismissal of its nightly newsletter focused solely on the coronavirus pandemic, Politico has released an article targeting Vice President Mike Pence for his absence from COVID-19 “planning calls.”

When Vice President Mike Pence first took charge of the White House’s coronavirus task force, among his earliest moves was establishing a standing call with all 50 governors aimed at closely coordinating the nation’s pandemic fight. Yet as the U.S. confronts its biggest Covid-19 surge to date, Pence hasn’t attended one of those meetings in over a month.

The article, titled, “Pence absent from Covid-19 planning calls for more than a month,” was released nearly one month after Politico ceased its publication of a nightly newsletter focused on the coronavirus pandemic and the ramifications of the virus in America.

The newsletter, which was once titled, “Politico Nightly Coronavirus Special Edition” after the pandemic began, transitioned throughout the first week of October to simply “Politico Nightly,” which focused on biased, left-leaning coverage of the presidential election.

In its October 6 edition, authors of the newsletter claimed, “President Donald Trump is going to lose this election in 28 days, probably by a large margin.”

“It takes an awfully high horse to criticize the administration on its COVID response while your publication completely abandons a content vertical created and dedicated solely for COVID coverage,” a Trump administration official told Breitbart News. “The media continues its do as we say, not as we do tour.”

As of recent weeks, Pence has been across America campaigning for himself and President Trump, focusing on a message of American prosperity. Pence told supporters in Tallahassee last week:

So we passed through a time of testing in the course of this year. But we are soon coming to a time of choosing, and that is why I know you all came out in the rain tonight, because you know like I do that the choice has never been clearer, but the stakes have never been higher.

“I mean, when you look at their agenda, the agenda that Joe Biden and Kamala Harris want to bring to the White House — higher taxes, open borders, socialized medicine, a Green New Deal, abortion on demand, defunding the police, packing the courts — it is clear,” Pence added. “Joe Biden may be nothing more than a Trojan Horse for the radical left.”