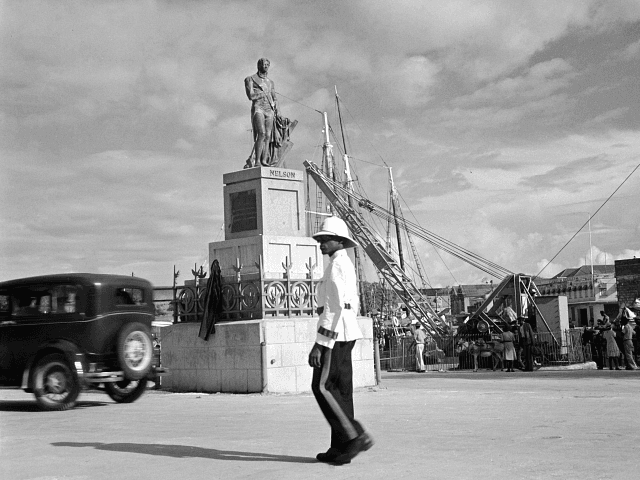 The 207-year-old statue of British hero Admiral Lord Nelson will be removed from National Heroes’ Square in Bridgetown, Barbados.

The iconic statue of Nelson in Trafalgar Square, London, has long been a target of left-wing iconoclasts, but its sister monument in Barbados has actually stood for even longer.

Barbados honoured the naval hero in the 1800s when it was still part of the British Empire, and even after independence it retained a key link to Britain by keeping Queen Elizabeth II as head of state — a link it is now set to sever.

“The Government of Barbados has announced its intentions to officially become an independent republic on November 30, 2021, which is our 55th anniversary of independence,” said John King, the Barbadian government minister responsible for culture.

“This is indeed an ultimate statement of confidence in who we are as a people and what we are capable of achieving,” he continued.

“As we amend the constitution to have a Barbadian head of state, and as a symbol of the maturity of our democracy, it is imperative that we re-examine notable elements of our colonial past. Cabinet’s decision to remove the statue is part of this process as we seek to promote national identity as part of a modern Barbados,” he suggested.

This contrasts sharply with how Britain itself looks at statues, giving foreign leaders including Nelson Mandela, Mahatma Gandhi, and Abraham Lincoln places of prominence in Parliament Square.

Contrary to King’s claims that the Barbados Labour Party (BLP) government is banishing Nelson’s centuries-old bronze to a museum and cutting ties with the Queen in order to assert “the maturity of our democracy”, many believe that it is taking steps to distance itself from Britain in order to appease the Chinese Communist Party.

“British partners have long faced challenges from rivals seeking to undermine our alliance. Today we’re seeing it in the Caribbean. Some islands seem to be close to swapping a symbolic Queen in Windsor for a real and demanding emperor in Beijing.” commented Tom Tugendhat, who chairs Parliament’s influential foreign affairs select committee, in September.

“As coronavirus devastates developing countries, many are finding themselves in a Chinese chokehold as a result of the huge debts they owe,” agreed a Downing Street source later that month.

“China is doing this in the least transparent way – providing high-interest and unsustainable loans collateralised against countries’ natural resources. They are in danger of being forced to sell out future generations to meet their present debts,” they added.

Boris Johnson Pushes Back Against China’s ‘Chokehold’ on Barbados Through its Debt Trap Diplomacy https://t.co/1xjUaDmLpg