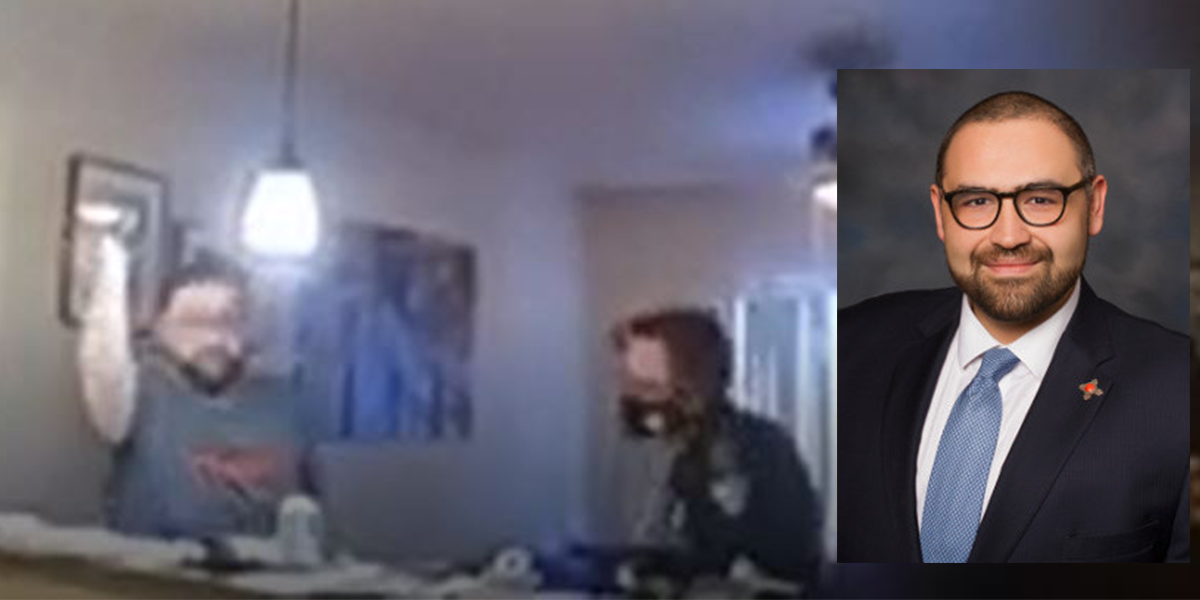 New Mexico Senator Jacob Candelaria is claiming that New Mexico State Police did not respond quickly enough after he received a death threat in the middle of the night.

According to KOB4, Senator Candelaria, a Democrat, says he received the threat at 2 a.m. in the morning. It wasn’t until several hours later when police arrived at his home to investigate.

In the video, which was released by the Republican Party of New Mexico, Candelaria never raises his voice but does use threatening language to the officers.

He first describes how he and his husband are intending on leaving the home to a safer location, and then complains about the lack of urgency after he notified 911 about the threat.

The threat, is apparently after Candelaria complained about an anti-mask protest that was held in the state’s capital.

Candelaria, feeling a lack of compassion from the officers, threatens to call the Governor to hold the officers accountable.

After playing the threat and not receiving the desired response, Candelaria tells the officers to leave saying, “you don’t have a warrant or jurisdiction to be in my home.”

Now that the incident has gone viral, Candelaria says he will seek more justice reform and accountability bills.

The State Police have released the following information:

Sen. Candelaria contacted NMSP dispatch after he reported the alleged threat to APD. A NMSP sergeant attempted to contact Sen. Candeleria via phone numerous times throughout the day but was unsuccessful. At approximately 12:44 p.m., Sen. Candeleria answered the sergeants’ call. He then responded and took the initial report.

The New Mexico State Police Investigations Bureau assumed control of the investigation. All evidence and reports have been submitted to the Bernalillo County District Attorney’s office. They will review the case and determine the course of action as is normal business practice.