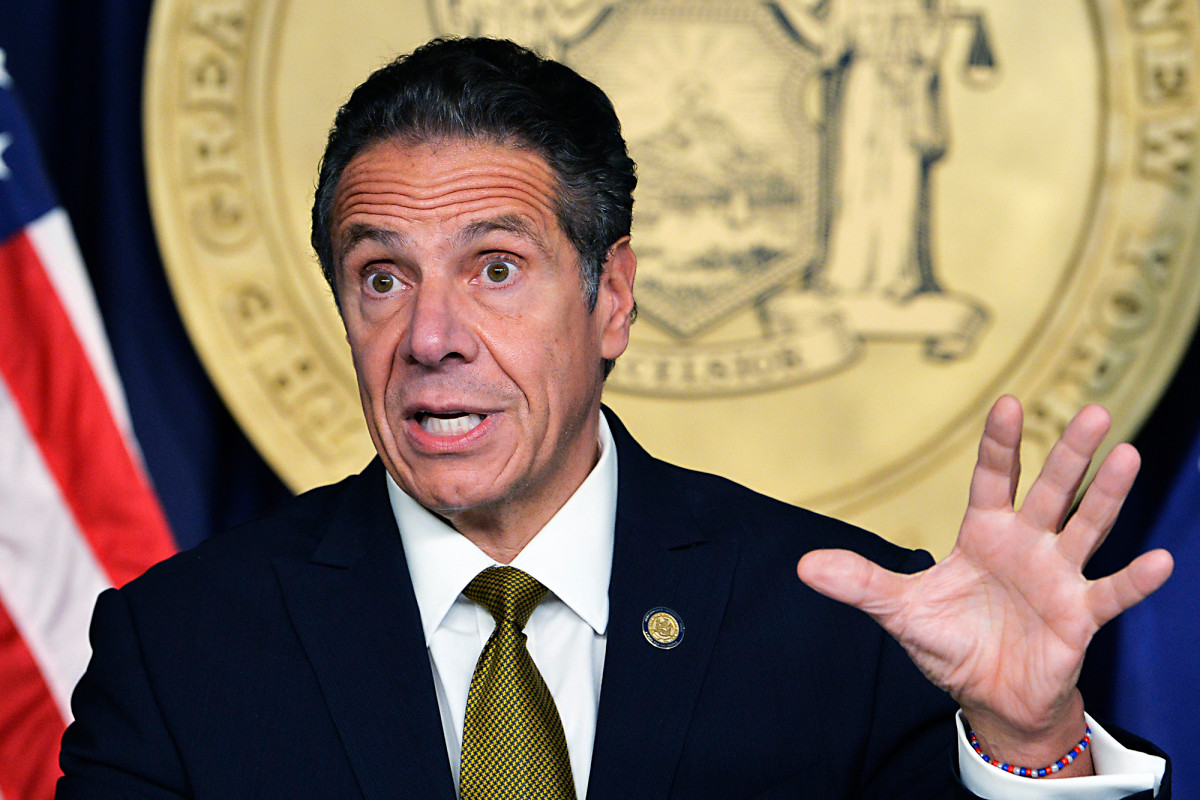 Most people who visit New York will have to quarantine for three days and then prove they are negative for COVID-19 before they are “free to go about their business,” Gov. Andrew Cuomo announced Saturday.

The strict new mandate — which exempts New Jersey, Connecticut and Pennsylvania residents — eliminates the governor’s quarantine advisory list, which restricted travel from over 40 coronavirus hotspots across the country.

Now, travelers must show proof of a negative test taken within three days of arriving in the Empire State, and must also quarantine for three more days — and get a new COVID-19 test on the fourth.

If that’s positive, they must isolate for two weeks, the governor said at an Albany press briefing.

“Four days plus three days is seven days, and that’s basically, by all probability, the incubation period,” Cuomo said, as he announced 2,049 new cases across the state and 8 deaths reported yesterday.

Anyone who refuses to be tested must quarantine for 14 days.

New Yorkers who return home within a day of leaving must take a test within four days of their arrival, the governor said. But if they are gone longer for 24 hours, then the new rules apply.

Those who commute to New York between bordering states are not required to be tested each trip, he noted.

Previously, there was a two-week mandatory quarantine for travelers arriving from areas deemed to have high or increasing COVID-19 cases.

Meanwhile, Cuomo said  Saturday the state’s targeted shutdowns or “microcluster approach,” in virus hotspots in Brooklyn and Queens is working, based on anecdotal evidence from hospitals and heath care facilities.

The average percent of positive cases in the state’s microcluster zones is 3 percent.

New York’s statewide positivity rate is 1.49 percent — the third-lowest in the nation.

Maine has a .97 percent positivity, behind Vermont’s .53 percent, according to Johns Hopkins University.

Without the hotspots, the state’s positivity rate drops to 1.3 percent, he said.

“New Yorkers should be really proud of what they’re doing,” Cuomo said. “To be third in the nation is very good.”