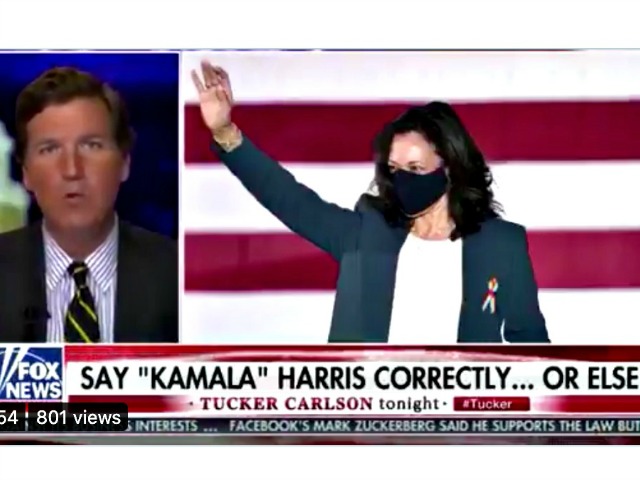 “You have to say her name right or she gets very upset, right?” Trump asked. “Even though she doesn’t say it right.”

The idea that Harris failed to pronounce her own name correctly was featured on Fox News on Tucker Carlson’s show Wednesday.

Carlson showed a video of Harris at a campaign rally in Cleveland, pronouncing her name slightly differently with the caption “Kamala Harris Mangles Her Own Name.”

Carlson was heavily criticized by the left and even called a racist for mispronouncing her name during one of his segments in August.

Using the left’s argument, Carlson said that Harris was sexist and racist for mispronouncing her own name.

Trump on Kamala Harris: “You have to say her name right or she gets very upset, right? Even though she doesn’t say it right.”

That was raised by Tucker Carlson after Harris campaigned in Cleveland pic.twitter.com/GyjRATfBO1