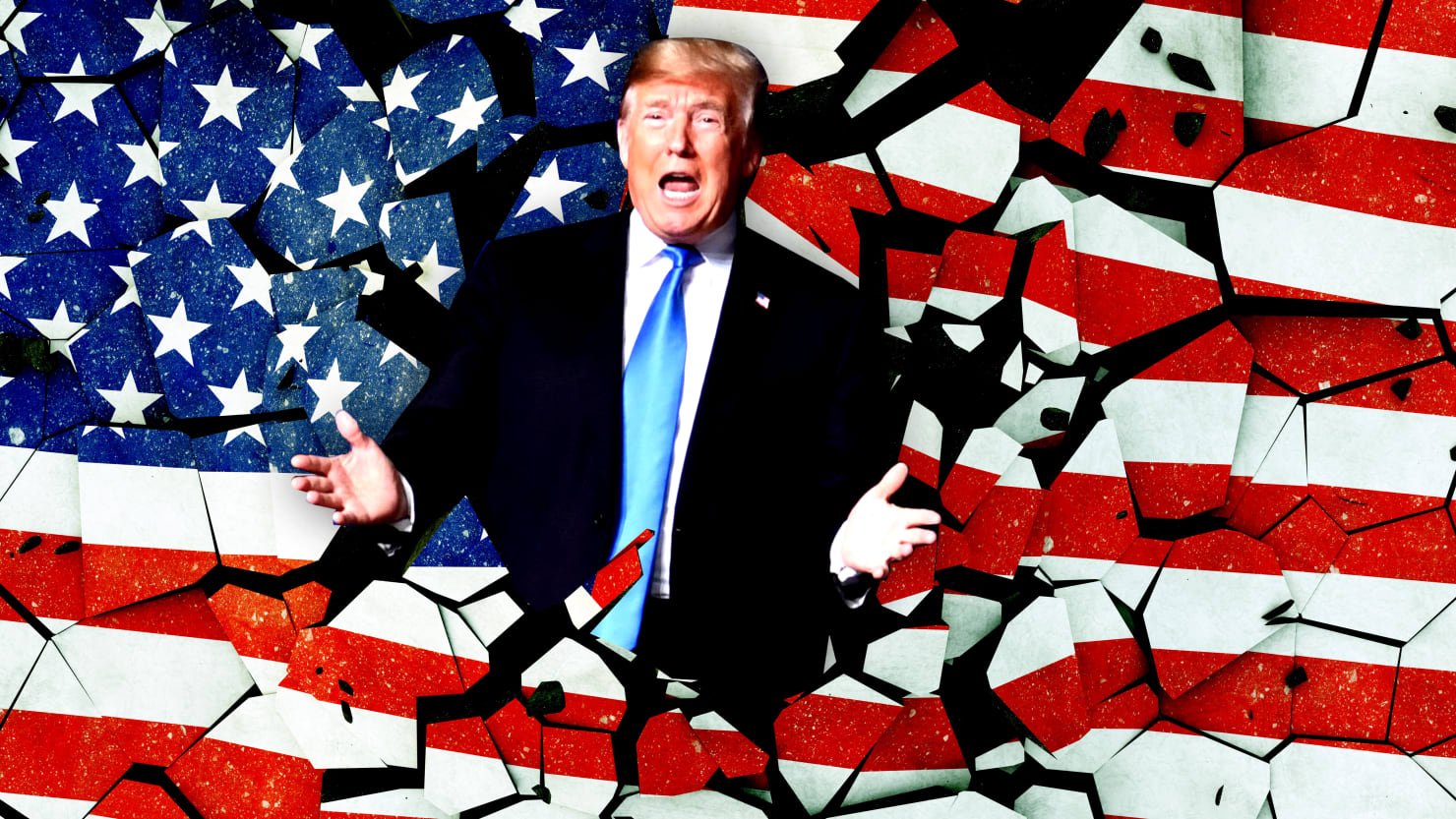 With just a few days left before Election Night and the president trailing in numerous state and national polls, Donald Trump’s inner circle is increasingly whispering the same thought: Our guy blew it.

A forecast of a Biden White House is not one they welcome. But it’s one many of them have come to finally accept after a year of coronavirus deaths, economic devastation, and racial and civil unrest have throttled an administration run by a man they believe has failed to rise to the occasion, even on just a purely messaging front.

“I believe the betting markets, which say there’s a 60 percent chance that Biden wins, and a 40 percent chance that Trump does,” Stephen Moore, a conservative economist who advises President Trump on economic and COVID-19-related matters, said in an interview Thursday.

Explaining his pessimism, Moore cited several factors, including the still-rising cases of the virus in certain parts of the United States.

Moore said he had hoped that the Gross Domestic Product report that came out on Thursday would have given the president’s campaign a boost. He even recalled visiting the White House last month, during which he told the president that the report was “going to be a real ‘October surprise,’” that he could “really play… up for the voters,” and that the two of them then brainstormed ways to aggressively promote the coming numbers.

But shortly after the positive-looking report came out on Thursday—showing that the economy grew at a 33.1 percent annual rate last quarter—Moore found it hard to muster optimism about the political benefits of it. “I really don’t have a good feeling about this,” he conceded.

Were Moore alone in his skepticism, it could be written off as the superstitious, cup-half-empty musings of an adviser who abjectly is terrified of a Biden presidency. But he’s not alone. Out of the sixteen knowledgeable and well-positioned sources across Trumpworld—campaign aides, Republican donors, senior administration officials, and close associates of the president and his family—who The Daily Beast interviewed for this story in the week leading up to Election Day 2020, only five gave Trump comfortable odds at winning. Doug Deason, a high-dollar Trump donor from Dallas, pegged Trump’s odds at “75 percent or better,” for instance.

Six others were confident, to varying degrees, that President Trump would be relegated to one-termer status. The remaining five gave him roughly 50/50 odds. Of those five, two of them—a White House official and a friend of the president’s—started sounding increasingly pessimistic as the conversation went on.

“The president has struggled to maintain message discipline. And the left is highly motivated to vote, as seen by the record turnout so far. That’s not to say there’s not a window for the president to win. It’s just being realistic that he’s the underdog in this contest.”

Dan Eberhart, chief executive at Canary and another major Trump donor who contributed $100,000 to Trump Victory this cycle, told The Daily Beast on Thursday evening that if he could go back in time, he wouldn’t have given a dime of that to the joint fundraising committee for the president’s re-election.

“I think Trump has a 25 percent chance of winning the election. His campaign focused on exciting his base not on pursuing people in the center. COVID was a massive headwind that minimized the roaring Trump economy,” Eberhart said. “The president has struggled to maintain message discipline. And the left is highly motivated to vote, as seen by the record turnout so far. That’s not to say there’s not a window for the president to win. It’s just being realistic that he’s the underdog in this contest.”

The businessman continued. “If I could redo my donations this cycle, I would put it all on red again,” he said. “Honestly, I would have put all my donations towards holding the Senate. I never thought the Senate would be in play.”

Eberhart doesn’t appear to be the only Trump donor with a bit of buyer’s remorse. According to data provided by the Center for Responsive Politics, of the more than 1,100 individuals who gave the $5,400 legal maximum to Trump’s 2016 campaign (or who exceeded the maximum and had to be issued refunds), about 450 of them have not donated a penny to the president’s re-election campaign this cycle.

The president has far more donors this cycle of every donation range, including those who’ve given the legal maximum, than he did during the 2016 campaign. But if each of those 450 donors had also maxed out to Trump’s 2020 campaign, they would have provided a substantial $2.5 million in additional funding.

Reached for comment on Friday afternoon, Jason Miller, a top Trump adviser on the campaign replied, “Mood is great. President Trump will be re-elected. I don’t worry about the bedwetters too much.”

But other senior aides to Trump are also girding themselves for the president’s fury over the election results. Three sources familiar with the matter said Trump has repeatedly stressed how low of an opinion he has of Biden as a candidate, and has said how deeply embarrassing it would be for him if he managed to lose to him this year.

Aides and close associates who’ve spoken to the president in recent days say that he has consistently argued behind closed doors that he is going to emerge victorious, ignoring much of the available polling data and declining to talk much, if at all, about what would happen if he didn’t. Trump will regularly argue that it doesn’t even make sense that Biden could win, when you look at his crowd sizes in the campaign’s closing weeks versus Biden’s.

“If it were anyone else, I’d call it denial,” said one such associate.

Two Trump administration officials working on foreign policy told The Daily Beast in the past week that they’re convinced the president will lose and have instead prioritized making it harder for a President Biden to reverse their policy advancements—including with regards to reentering the Iran nuclear deal.

Still, there are those close to President Trump and in prominent GOP circles who say they remain convinced that Trump will win in a walk, pollsters and naysayers be damned.

“Every time I talk to the president, I say very simply what I said to him in October of 2016: ‘You’re gonna win.”

“I say there’s a 70 percent he’s re-elected, and a 30 percent chance that Biden wins,” said Newt Gingrich, the former House speaker and an outside adviser to Trump. “I think most of the establishment polls are just plain crazy. I think they’re done badly. I think they’re missing what’s actually going on…[Trump] is clearly going to win the electoral college, but lose the popular vote…[due to] Illinois, California, and New York.”

Describing his private conversations with Trump during the 2020 election cycle, Gingrich added, “Every time I talk to the president, I say very simply what I said to him in October of 2016: ‘You’re gonna win.’”