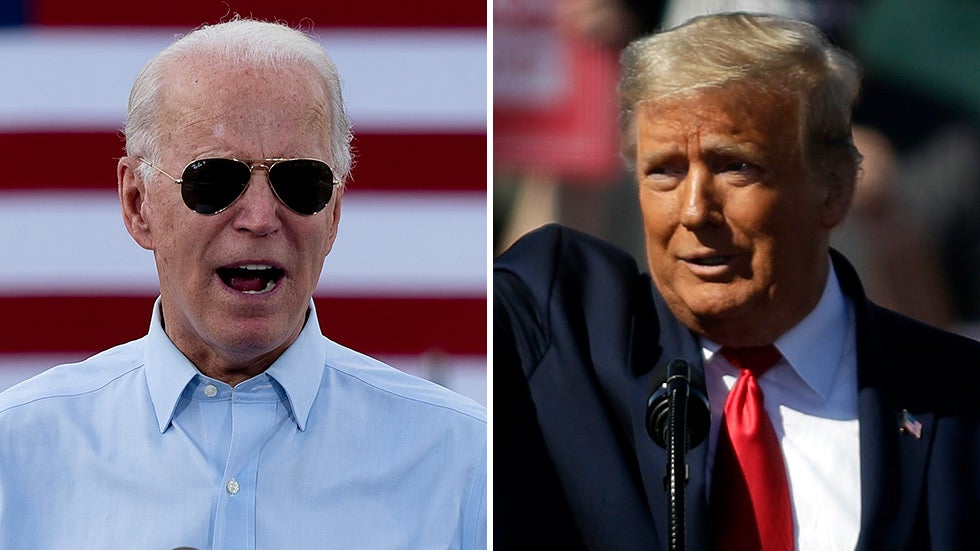 Donald John TrumpBiden campaign slams Facebook after thousands of ads blocked by platform’s pre-election blackout Mnuchin says he learned of Pelosi’s letter to him about stimulus talks ‘in the press’ Harris to travel to Texas Friday after polls show tie between Trump, Biden MORE nationally in a new Fox News poll released Friday.

Biden’s 8-point lead is statistically insignificant from the 10-point advantage he enjoyed in the same poll earlier this month.

The former vice president has a net-positive favorability rating with likely voters, with 55 percent saying they have a favorable view of him and 43 percent saying they have a negative view. Meanwhile, Trump’s favorability rating is underwater, with just 44 percent of likely voters having a favorable view of him compared with 55 percent who have an unfavorable opinion.

“Biden is holding a substantial lead nationally, many votes are already cast, and there are few undecideds,” said Democratic pollster Chris Anderson, who conducted the survey with Republican Daron Shaw. “It’s hard to see the national race shifting significantly in the closing days, but that doesn’t mean it’s impossible for Trump to again thread the needle on an Electoral College victory.”

Biden runs up wide margins among historically Democratic-leaning demographics, including a 56-39 lead among women, an 80-14 edge among Black voters and a 57-39 advantage among voters under the age of 45. Trump holds only single-digit leads among men and white voters, both demographics that came out in force for him in 2016. Biden also has a 53-43 lead among seniors, a stark reversal from when older voters backed Trump four years ago.

“Biden has the advantage among key groups, especially seniors, suburbanites, and independents,” said Shaw. “Trump needs a few more points out of these groups to win re-election. But the main impediment is the stubborn stability of the race; it hasn’t changed much all year despite pandemics, economic collapses, and massive social unrest.”

The poll comes as surveys show Biden leading the president both nationally and in key swing states, with prognosticators favoring the former vice president to win the White House. The RealClearPolitics national polling average shows Biden up 7.9 percent.