‘There’s No Recourse’; Says ‘Different Standard’ for Conservatives and Dictators 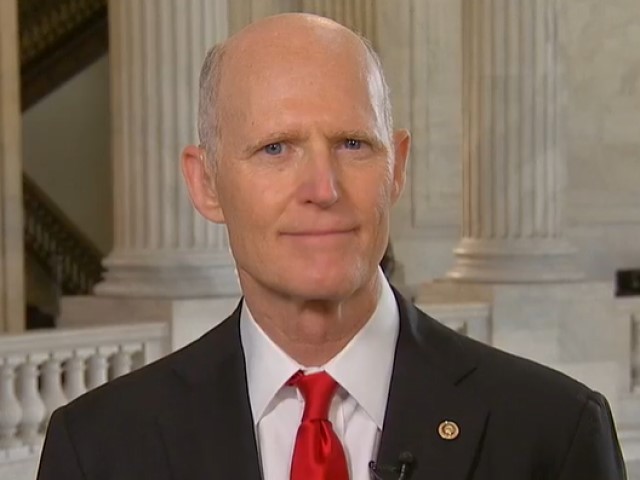 Thursday on FNC’s “Fox & Friends,” Sen. Rick Scott (R-FL) blasted social media giant Twitter and other big tech companies such as Facebook for having a “different standard” for conservative voices on their platform.

Scott said there is “no recourse” if a user’s account gets blocked or suspended. He pointed to Twitter allowing dictators to call for violence while also temporarily suspending White House press secretary Kayleigh McEnany’s account for sharing a story about Hunter Biden’s dealings overseas as his father, the 2020 Democratic presidential nominee, served as vice president.

“First off, you know there’s no recourse,” Scott emphasized. “If you get your Twitter account blocked, if you get your Facebook eliminated, there’s no recourse. And by the way … they completely misrepresent the facts. They sit there and censor Trump, and you know, press secretary Kayleigh [McEnany] and Susan B. Anthony List, but if you’re the ayatollah of Iran and you talk about eliminating Israel, which seems pretty violent, that’s OK. Maduro bragging about violence against protesters in Venezuela, that’s OK. The Chinese government lying about what’s happened to the Uighurs, that’s OK. So, they are completely disingenuous, and they have a different standard for conservatives and a different standard for dictators. It doesn’t make any sense, and there’s no recourse.”

“It’s interesting that the Democrats don’t believe they’re being censored, so they’re all OK with it,” he added. “Our First Amendment is the freedom of speech and so they are deciding what the freedom of speech is. They’re acting sort of like the Communist Party of China. And so something is going to happen. … Something’s going to change.”