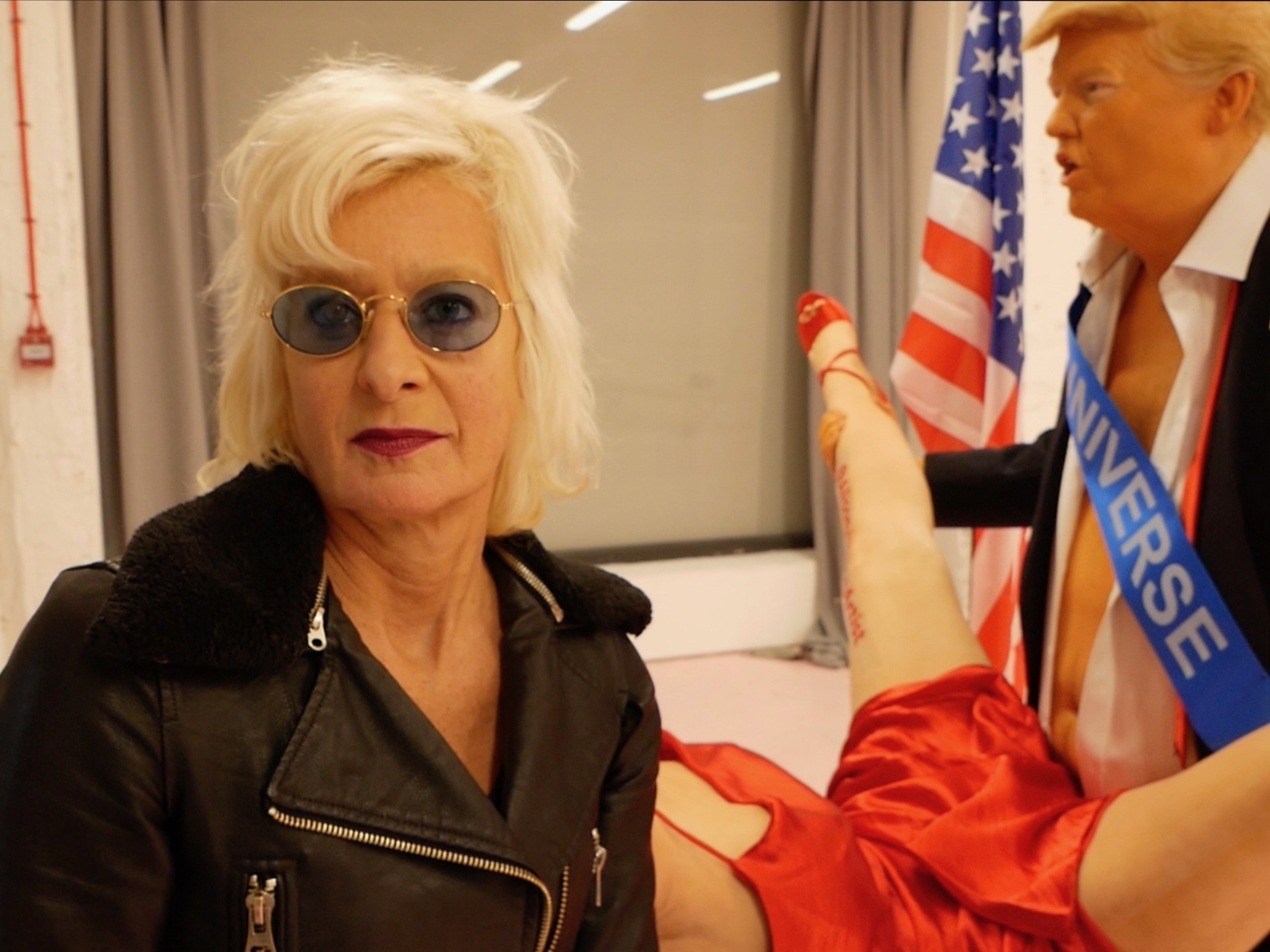 A lewd sculpture depicting President Donald Trump having sex with a mock Miss Universe has been put on display in an art gallery in Central London. The sculpture will be shown at the Soho Revue until election day on November 3rd and was dubbed by the artist the “Official Presidential Send Off”.

In an exclusive interview, British artist Alison Jackson told Breitbart London that her raunchy depiction of the American leader gives people the opportunity to people to see “everything they’ve imagined but never seen before, come to life before their very eyes.”

“The thing about this sculpture, it’s like throwing up a mirror to people of what Donald Trump does and represents. He represents grabbing women by the pussy, and his bad behaviour with women. So when people see this sculpture they say that’s exactly what he’s going to be doing in the Oval Office,” Jackson said.

The gallery’s windows have been blacked out aside from two peepholes, for pedestrians to stare into and get a glimpse of the simulated sex act. Next to the peephole is a mock road sign warning that reads: “Caution Slippery Politicians”.

Another was more critical, saying: “I think it lacks subtlety, it’s brutal, to the point, but it’s a bit like Banksy, it says something very obvious, in not a very clever way.” 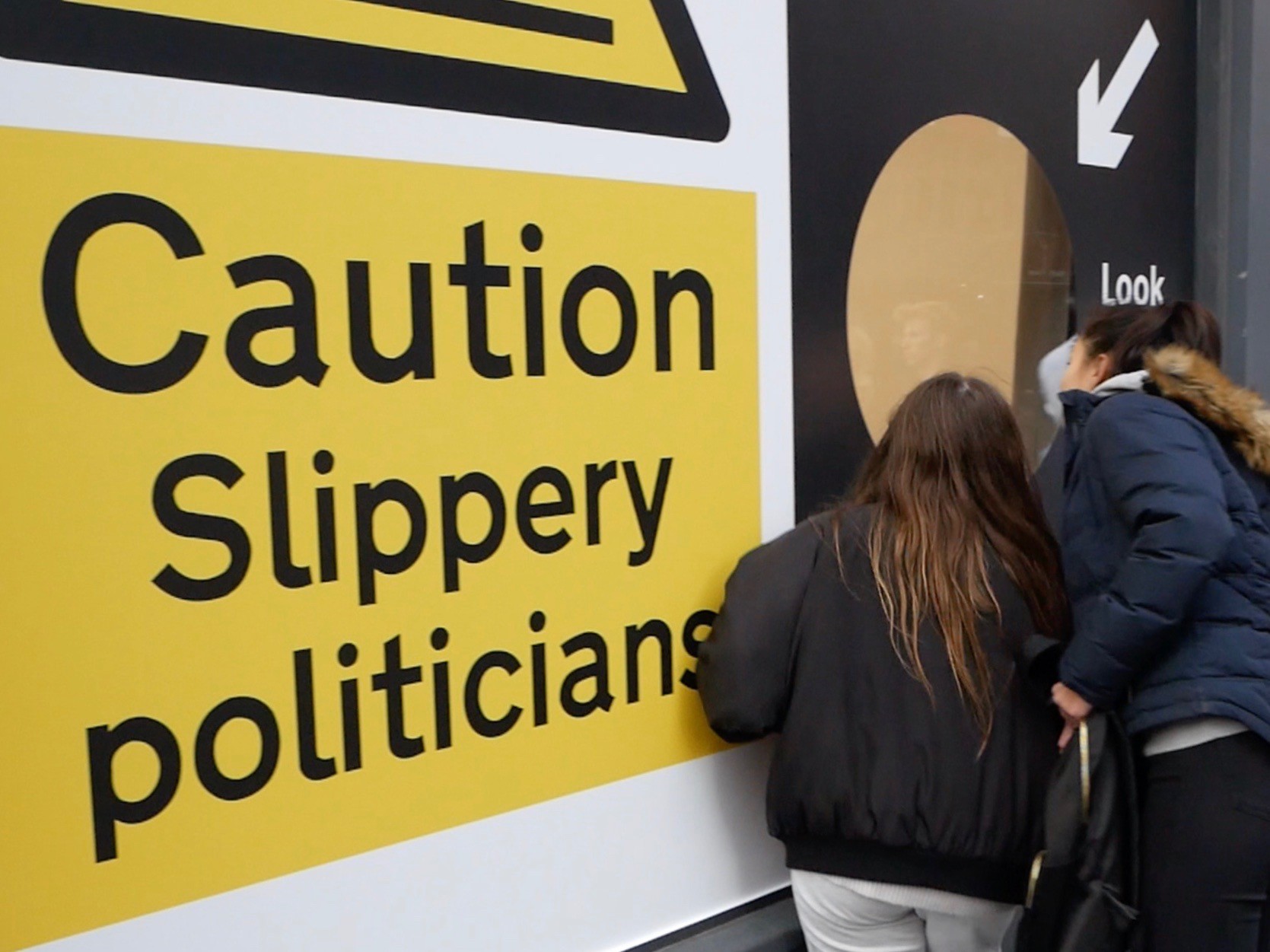 Pedestrians look into a peephole to see a sculpture of President Trump having sex with Miss Universe in London, October 28, 2020. Kurt Zindulka, Breitbart News

Jackson was reluctant to criticise Trump too harshly, saying: “Would I say that Donald Trump is a misogynistic, sexist pig? Well…everybody says that.”

“I’m very interested in how we love to hate him. You know we all slam Donald Trump, say he’s the most awful president, blah blah, but why don’t people switch off their television sets?” Jackson questioned.

“Why do they stay glued to it to watch him, switch off, throw the magazine away, don’t switch on that news, don’t appeal to him, don’t reply to his Twitter, he’d go away then.

“Donald Trump cannot exist, he cannot thrive unless everyone is looking at him, switch off and he will do something else. He will get a TV series on Netflix or something,” Jackson proclaimed.

Jackson, who also serves as a Conservative Party councillor for Chelsea in London, did admit that while she did not necessarily want President Trump to win, she placed a bet on him to secure re-election, saying: “I think he’s going to win”.