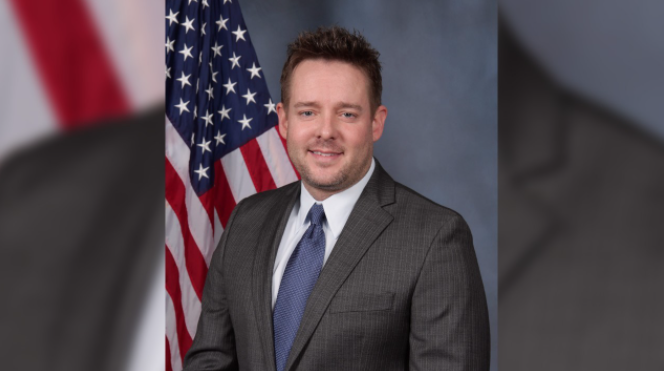 The alleged drug dealer who shot a Louisville Metro Police officer during a raid that ultimately led to the high-profile death of Breonna Taylor is now being sued by the lawman he shot, according to local sources.

LMPD Sgt. Jonathan Mattingly is suing Kenneth Walker, the man who set off the violent and fatal chain of events earlier this year.

Mattingly was struck in the upper left thigh by a bullet fired by Walker, which severed the former’s femoral artery. He underwent a five-hour surgery and has since had complications involving his nervous system.

The sergeant has gone on record in saying that being found “justified” in his use of force did not give him any comfort.

According to WPTV, the lawsuit against Walker states that the defendant’s “warning shot” that struck Mattingly was “outrageous, intolerable, and offends all accepted standards of decency and morality.”

While Walker is attempting to claim self defense under Kentucky state law, warning shots are generally illegal across the US.

The lawsuit filed by Mattingly appears to be a countersuit to Walker’s previous suit, which claimed the officers acted improperly.

Despite evidence to the contrary ultimately leading to both a grand jury and the Kentucky Attorney General effectively dropping all but one charge against the officers (former LMPD Detective Brett Hankison was charged with three counts of wanton endangerment over bullets that entered a neighbor’s apartment), the popular narrative that emerged before the investigation could be completed continues to dominate news and social media cycles: that claims Taylor was murdered by careless police officers conducting a no-knock raid.

Walker’s attorneys have vowed to fight the lawsuit.