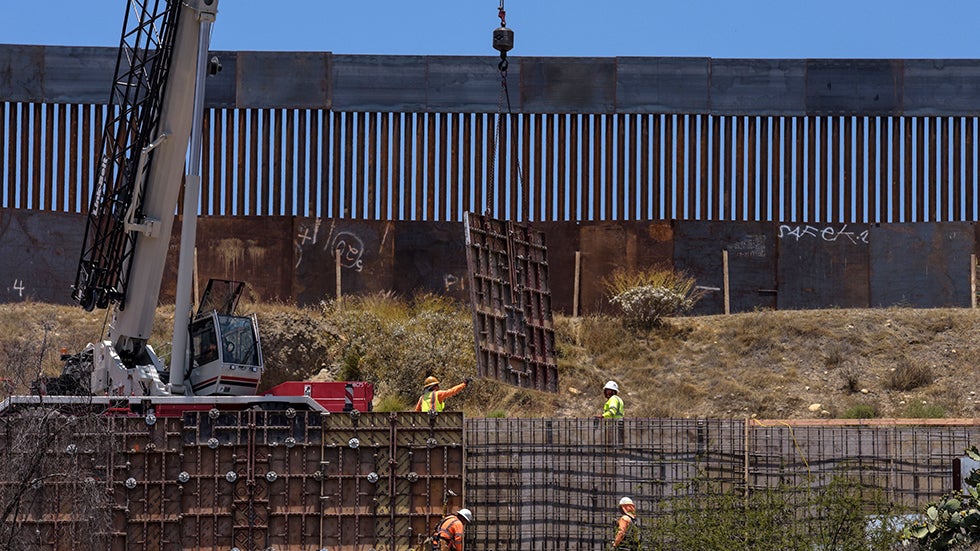 The Trump administration has deported fewer overall people than were deported under former President Obama despite the ongoing crackdown on immigrants without legal status, according to the Washington Post.

While the Obama administration deported 1.18 million people in his first three years, the number of deportations has been a little under 800,000 so far under Trump, according to the Post.

The Post noted it was unclear why there have been fewer deportations under Trump.

U.S. Immigration and Customs Enforcement (ICE) attributed the lower numbers to “an increased deterrent effect from ICE’s stronger interior enforcement efforts,” but administration officials have also noted an increased proportion of immigrants from Central America, who are harder legally to deport, compared to that faced by the Obama administration.

The agency has also increased the length of time it detains people, holding non-criminals an average of 60 days in detention, 11 days longer than convicted criminals, and nearly doubling the average in 2009, according to the Post.

“ICE has sort of declared open season on immigrants,” Michael Tan, a senior staff attorney at the American Civil Liberties Union’s Immigrants’ Rights Project, told the newspaper. “So you’re seeing people who under the previous administration would have been eligible for bond and release being kept in custody.”

Immigration advocates said the Trump administration’s desire to deport immigrants indiscriminately rather than targeting criminals for deportation has slowed its pace.

“The Obama administration, because they had enforcement priorities, were able to streamline deportations,” Sophia Genovese, an attorney with the Southern Poverty Law Center’s Southeast Immigrant Freedom Initiative, told the Post. “The Trump administration is making it harder for people to obtain visas or legal status, and at the same time their deportation priority is everyone. So because of that, they clog the system.”