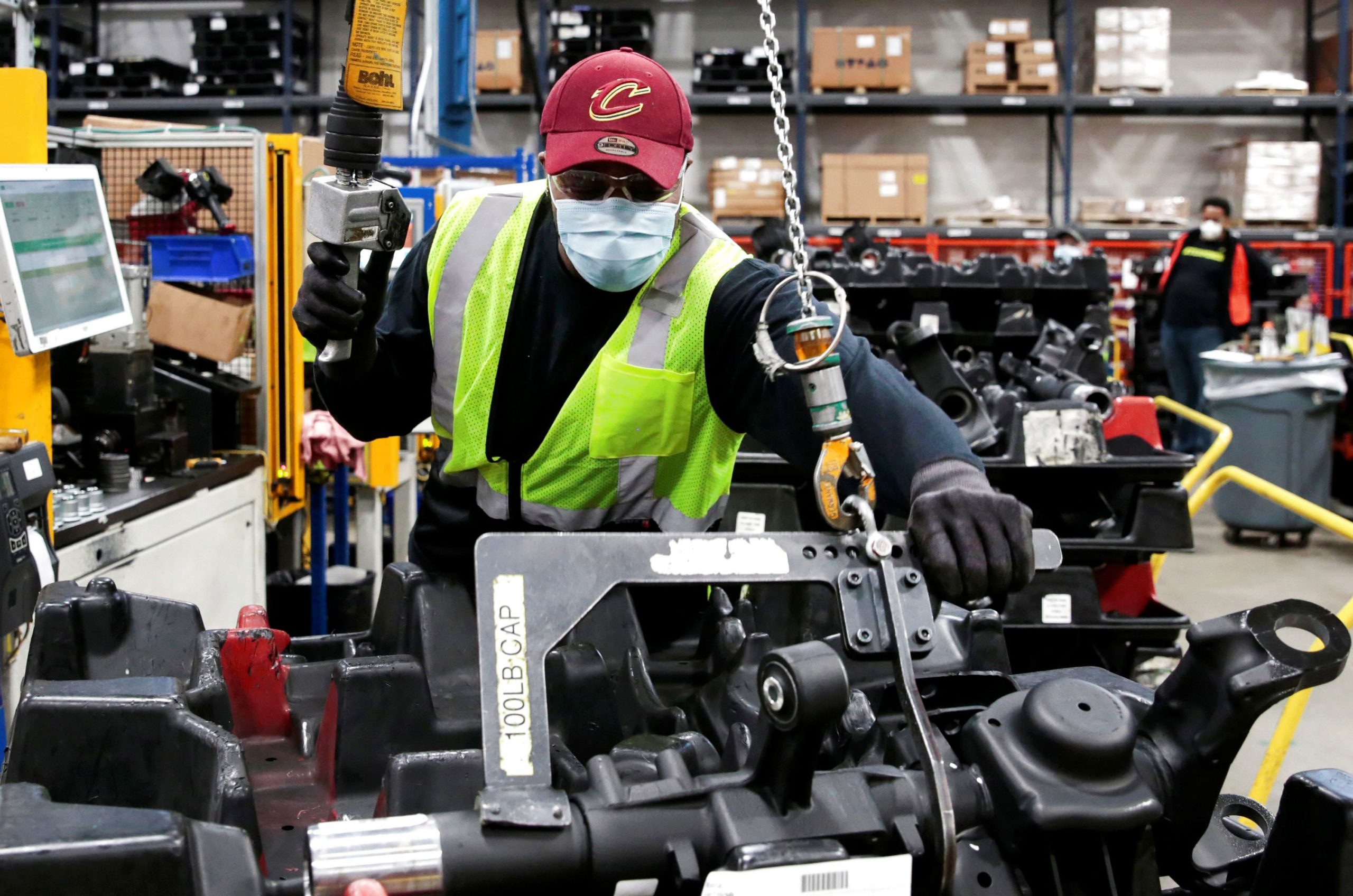 Coming off the worst quarter in history, the U.S. economy grew at its fastest pace ever in the third quarter as a nation battered by an unprecedented pandemic started to put itself back together, the Commerce Department reported Thursday.

Third-quarter gross domestic product, a measure of the total goods and services produced in the July-to-September period, expanded at a 33.1% annualized pace, according to the department’s initial estimate for the period.

The gain came after a 31.4% plunge in the second quarter and was better than the 32% estimate from economists surveyed by Dow Jones. The previous post-World War II record was the 16.7% burst in the first quarter of 1950.

Increased consumption along with sold gains in business and residential investment as well as exports fueled the third-quarter rebound. Decreases in government spending following the expiration of the CARES Act rescue funding subtracted from GDP.

The powerful growth pace came after states across the country shut down large swaths of activity in an effort to stem the spread of Covid-19, which the World Health Organization declared a pandemic on March 11.

Some 228,000 people have died in the United States from the virus, which has infected nearly 9 million in the country. The economy has been in a technical recession since February, as first-quarter growth declined at a 5% pace.

While the news on Q3 was good for the $21.2 trillion economy, the U.S. faces a tougher road ahead as coronavirus cases increase and worries grow over the health and economic impacts. Nearly half the 22 million jobs lost in March and April remain unfilled and the unemployment rate remains at 7.9%, more than double its pre-pandemic level as 12.6 million Americans are still out of work.

The GDP release came just five days before Election Day, which culminates a heated battle between President Donald Trump and his Democratic challenger, former Vice President Joe Biden. Trump has promised a return to the strong growth prior to the pandemic, while Biden has accused the Republican incumbent of taking a thriving economy into a ditch due to mismanagement of the virus.

“This is going to be seized upon by both ends of the political spectrum as either evidence of the strength of the post-lockdown economic rebound or a cursory warning that the gains could be short-lived,” said James McCann, senior global economist at Aberdeen Standard Investments. “The reality is that the GDP numbers demonstrate that the U.S. economy did indeed rebound strongly as lockdown measures were lifted.”

Q3 growth came amid a resurgence in consumer activity, which accounts for 68% of GDP. Though most of the country remained in a cautious reopening, shoppers began returning to stores and the bar and restaurant industry entered the first tepid phase of resuming business despite restrictions on capacity.

Personal consumption increased 40.7%, while gross private domestic investment surged 83% amid a 59.3% increase on the residential side.

While the headline number “looks spectacular,” it still leaves growth 3.5% beneath its level at the end of 2019, according to Ian Shepherdson, chief economist at Pantheon Macroeconomics. Shepherdson expects the consumer and business investment rebound that led Q3 to “rise much less quickly” in the final three months of the year.

“Absent new stimulus, and with Covid infections spreading rapidly, we’re sticking to our 4% forecast for Q4 growth, though the margin of error here is large at this point,” he added.

Economic activity was strong in the real estate sector, and consumer and business executive surveys showed that confidence has remained high despite virus-related setbacks.

Personal income fell sharply for the quarter as transfer payments from coronavirus relief efforts dissipated. Personal savings also declined but remained strong at a 15.8% rate, down from the record 25.7% in Q2.

The annualized measure represents how much GDP would grow over the course of a year at the current pace from the same level a year ago. In terms of raw percent change from a year earlier, the economy contracted 9% in the second quarter and 2.9% in Q3.