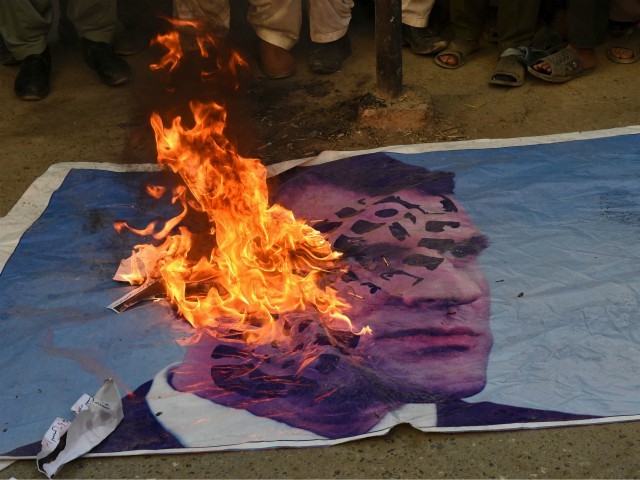 Twitter has informed a Breitbart News Network reporter that the social network had received a “request from Pakistan” regarding two tweets related to Charlie Hebdo cartoons which allegedly “violates the law(s) of Pakistan”, advising the journalist to “take appropriate action to protect your interests”.

Europe Correspondent Chris Tomlinson had received a message addressed from Twitter Legal which alerted him that, “in the interest of transparency, we are writing to inform you that Twitter has received a request from Pakistan regarding your Twitter account” which “claims the following content violates the law(s) of Pakistan”.

The first tweet was of a video showing Charlie Hebdo cartoons including the Muslim prophet, Mohammed, being projected onto a government building in Montpellier, France. The second was a link to the Breitbart London article from October 21st detailing the incident.

The projections were made in response to the murder by a Chechen Islamist of French teacher Samuel Paty, who had shown cartoons of Mohammed during a freedom of expression lesson earlier this month. French President Emmanuel Macron’s insistence on defending secular values, including freedom of speech, has resulted in protests around the Islamic world, including Pakistan.

The social media giant continued in its correspondence with the Breitbart reporter that “we have not taken any action on the reported content at this time as a result of this request.”

The notice continued: “As Twitter strongly believes in defending and respecting the voice of our users, it is our policy to notify our users if we receive a legal request from an authorized entity (such as law enforcement or a government agency) to remove content from their account. We provide notice whether or not the user lives in the country where the request originated.”

“We understand that receiving this type of notice can be an unsettling experience. While Twitter is not able to provide legal advice, we want you to have an opportunity to evaluate the request and, if you wish, take appropriate action to protect your interests.

“This may include seeking legal counsel and challenging the request in court, contacting relevant civil society organizations, voluntarily deleting the content (if applicable), or finding some other resolution,” said the message.

Others have reportedly received similar notices from Twitter of Pakistan’s request after sharing content related to cartoons of the Islamic prophet, including journalist Andy Ngo and conservative commentator Michelle Malkin.