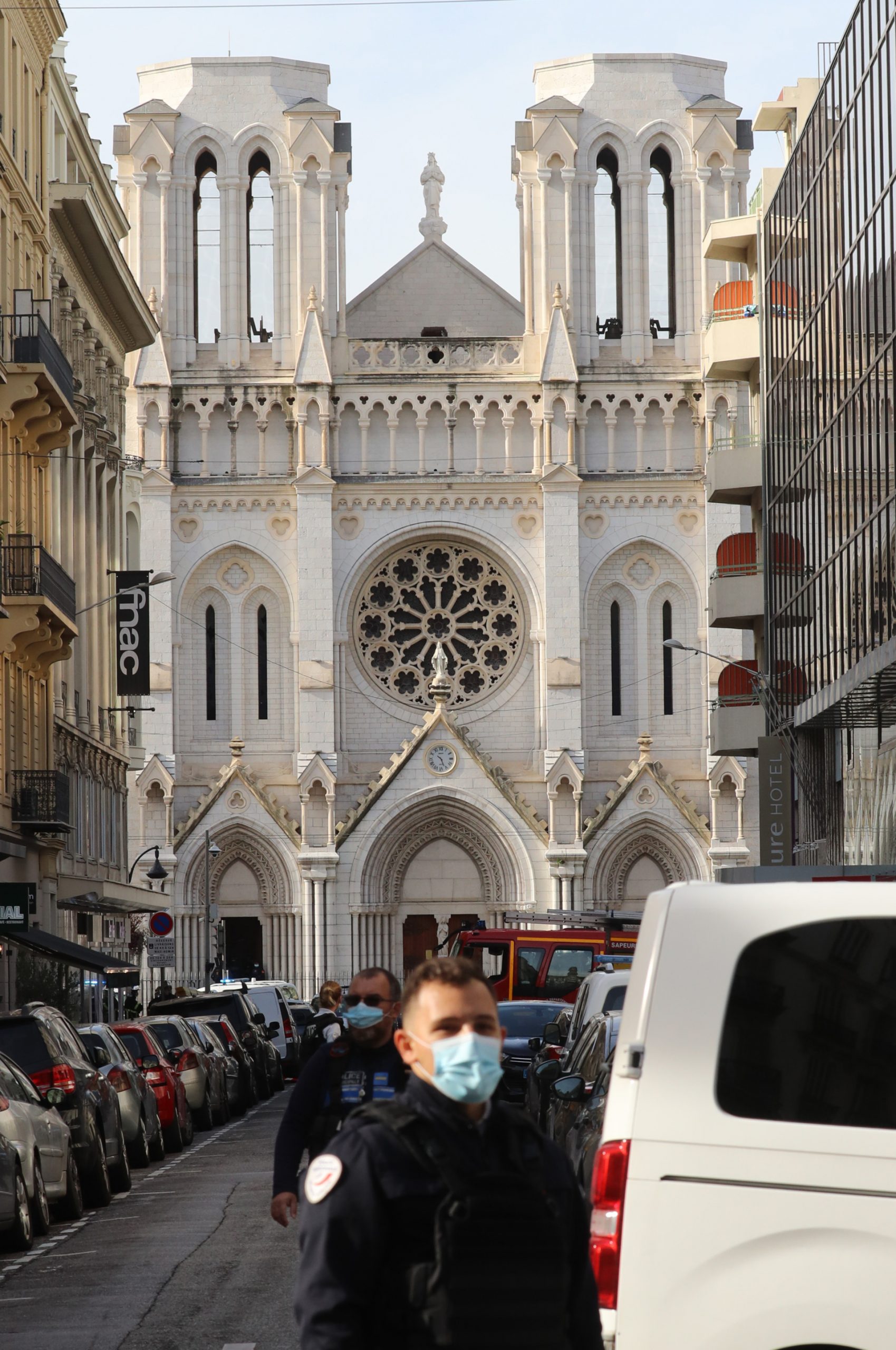 French police “neutralised” and arrested a man Thursday morning after a knife attack inside a church in the city of Nice which left at least three dead and several injured.

The mayor of Nice did not mince his words when he spoke to the television cameras Thursday morning, reports local newspaper Nice Matin, revealing that the attacker “would not stop repeating ‘Allahu akbar’ while he was injured”.

Declaring that “enough is enough”, mayor Christian Estrosi said Nice was “paying too heavy a price by once again being victims of Islamo-fascism”.

By once again, the city mayor was almost certainly referring to the 2016 Nice attack, in which an Islamist terrorist drove a high-powered delivery truck through crowds of revellers celebrating France’s national day, killing 86 people along the beachfront.

Today’s attack also comes in the context of intensified Islamist activity in France in recent weeks. Less than two weeks ago, a French history teacher was beheaded in front of his own school after he showed cartoons of Mohammed to his class to illustrate a talk on freedom of expression. The French government reacted to the killing with unusual determination, closing a local mosque that had agitated against the victim before he was killed, and arresting dozens who celebrated the attack.

These actions have not gone down well with some in the Muslim world, however, with France’s response to Islamist murders and terror attacks starting a war of words between the nation and Muslim majority countries Turkey and Pakistan, as well as Palestinian leaders.

Read the original story below:

A mass stabbing in the southern French city of Nice was declared a terror attack on Thursday, after an unidentified assailant killed three — two women and a man — and wounded several others inside the city’s Notre Dame church around 0900 hours, Western European Time (0400 EST).

The exact number of injured is unknown, but among them is the attacker themself, who was taken to hospital while under arrest, presumably having been injured during the arrest.

Within an hour of the attack taking place, French national police urged locals to not be alarmed by the sound of explosions, as a bomb disposal unit was working to clear the area. This does not necessarily imply the attacker had left a bomb, however, as it is standard police practice to clear the area of an attack of all suspicious items as a precaution.

French policemen stand guard a street in front of the Basilica of Notre-Dame de Nice after a knife attack in Nice on October 29, 2020. – A man wielding a knife outside a church in the southern French city of Nice slit the throat of one person, leaving another dead and injured several others in an attack on Thursday morning, officials said. The suspected assailant was detained shortly afterwards, a police source said, while interior minister Gerald Darmanin said on Twitter that he had called a crisis meeting after the attack. (Photo by Valery HACHE / AFP)