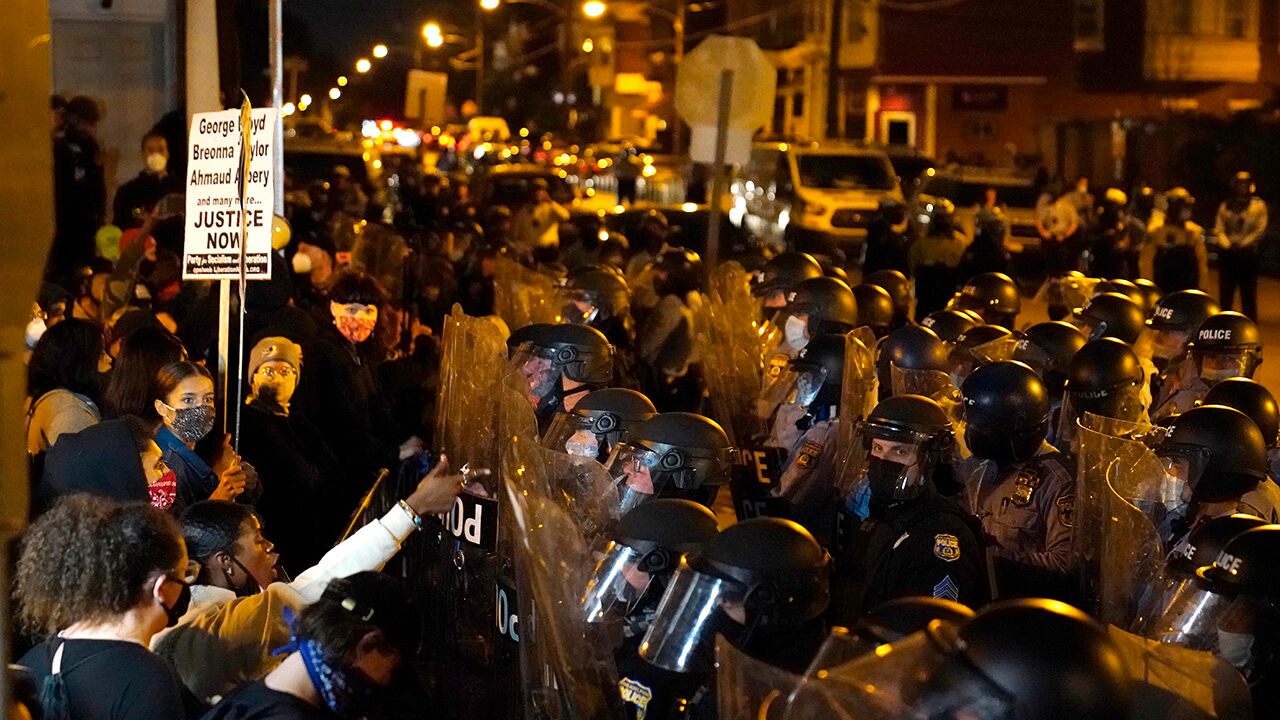 Recently surfaced video appears to show Philadelphia police officers smashing the windows of an SUV and pulling out the driver as a child sits in the backseat during a night of protests, according to a local report.

The footage, obtained by the Philadelphia Inquirer, shows the vehicle, with its rear lights on as if it is backing up, in West Philadelphia shortly before 2 a.m. Tuesday. It is surrounded by several officers, and some start slamming the windows with their hands or batons.

According to the report, an officer then begins hitting the driver with a baton, while police remove a second person from the car. They later appear to take a child out of the vehicle’s back seat.

A Foot Locker not far from the area was looted around the same time, and during the night, police were targeted and struck with bricks and other projectiles. The night before, a sergeant was “intentionally run over” by someone driving a pick-up.

But April Rice, who captured the video, said the SUV appeared to be “trying to turn around,” while a second vehicle, a pick-up, was driving close to police and in the middle of the road, she said.

Watching officers take the child from the backseat was “the most traumatic part for me,” Rice, 30, said.

Peaceful protests devolved into riots and looting following the death Monday of Walter Wallace Jr., a 27-year-old Black man who was fatally shot by officers after he allegedly ignored orders to drop a knife and charged at police, officials announced earlier this week. The officers were not armed with Tasers.

Police said they arrested 91 people Tuesday night into Wednesday. Thirty officers were injured, including the sergeant who was struck by the pick-up. She suffered a broken leg but was expected to survive.

An estimated 1,000 people took to the streets. During the night, 81 people were arrested, 23 officers were injured and at least 14 people were shot – including two who suffered fatal injuries, officials said.

Since protests began following Wallace Jr.’s death, police have made 172 felony and misdemeanor arrests and reported damage to 17 PPD vehicles. A total of 53 police officers were injured. All but one of the injured officers was released from the hospital as of Wednesday afternoon.

The Wallace family’s lawyer said Tuesday they had called for an ambulance and help with a mental health crisis, not for police intervention. Wallace’s parents said officers knew their son was in a crisis because they had been to the family’s house three times Monday.

Police Commissioner Danielle Outlaw said the city plans to release the 911 call and body camera footage in connection with Wallace’s shooting “in the near future.”