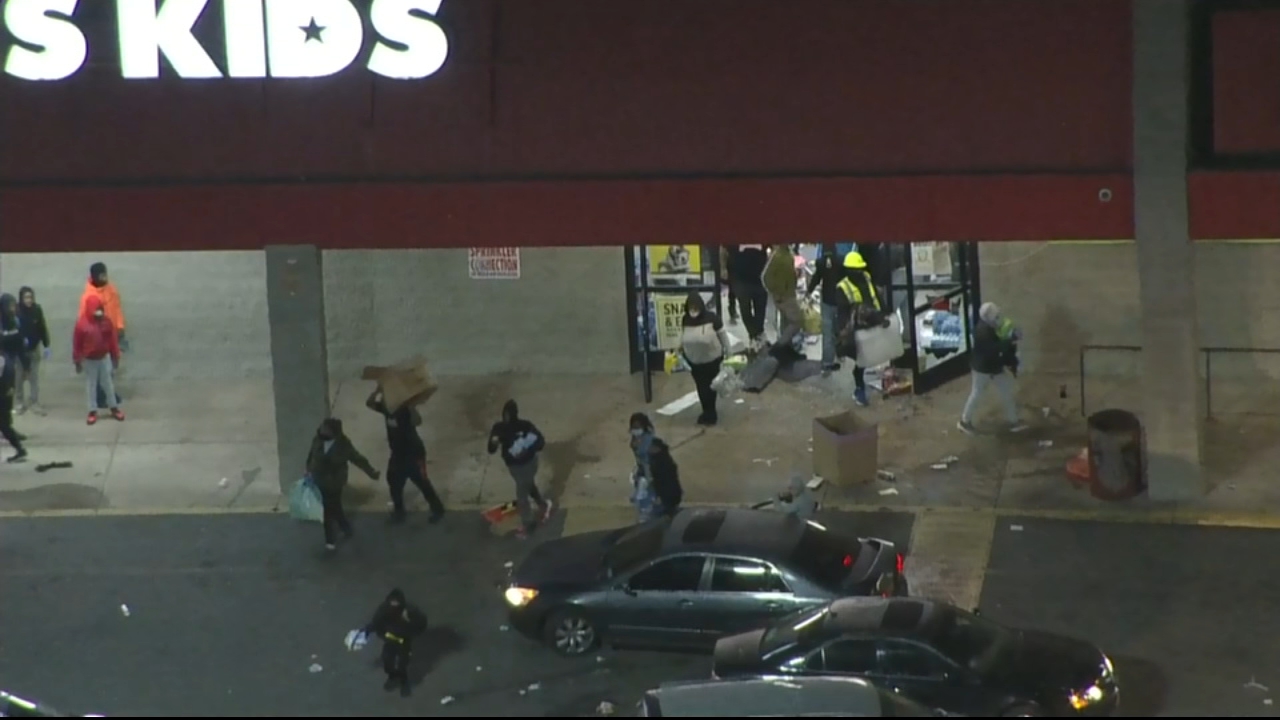 Mayor Jim Kenney imposed a citywide curfew and Police Commissioner Danielle Outlaw pledged to release 911 calls and body-worn camera footage of the police shooting of Walter Wallace Jr., steps in a bid to end the unrest that had plagued West Philadelphia for successive nights since Wallace’s death Monday.

Although previous police shootings of Black men in Philadelphia have sparked protests, the department has never before released police footage of an officer’s shooting. Outlaw said she was committed to “a fair and thorough investigation,” and promised to release the materials in the coming days after showing them to Wallace’s family.

Wallace, 27, was fatally shot by two officers Monday, when they responded to the 6100 block of Locust Street for a report of a person with a knife and Wallace walked toward them while holding it. The shooting touched off waves of protests and unrest over the next two nights, with demonstrators taking to the streets and some people breaking into stores and stealing merchandise in West Philadelphia and Port Richmond.

While the mayor and commissioner on Wednesday complimented those who had taken to the streets during impassioned protests, they also condemned demonstrations that ended in clashes with police and with people robbing stores in West Philadelphia and Port Richmond.

“Let me be perfectly clear: This behavior is not acceptable under any circumstance, nor will it ever be tolerated,” Outlaw said.

As the fallout from the killing continued, it also remained an issue in the final days of an election cycle marked by a conversation on race and policing. President Donald Trump and his Democratic challenger, Joe Biden, both addressed the ongoing situation Wednesday.

Trump’s press secretary issued a statement blaming the aftermath of the shooting on the “liberal Democrats’ war against the police” and saying the federal government was prepared to send extra resources to the city “if requested.” It did not mention Wallace’s name. Biden urged people not to commit theft or vandalism, citing comments made by Wallace’s father, who urged calm.

Members of City Council, meanwhile, renewed calls for residents to vote in favor of several city police reforms on the Nov. 3 ballot — including establishing a civilian-led oversight commission, an office of victim advocate, and banning the practice of stop-and-frisk.

“The question becomes, who polices the police?” asked Councilmember Curtis Jones Jr. as he stood outside City Hall on Wednesday. “We the people should.”

John McNesby, president of the Fraternal Order of Police Lodge 5, was among those who called for Outlaw to make public more information about the shooting. In a video posted to social media Wednesday, McNesby said: “It’s not hard, it’s cut-and-dry. Release what you have. Support your officers.”

Kenney’s curfew represented the most stringent measure he had put in place since May, when he instituted a citywide shutdown at night, when looting and unrest occurred throughout the city even as peaceful protesters took to the streets in the aftermath of the police killing of George Floyd in Minneapolis. The curfew was lifted at 6 a.m. Thursday.

Outlaw did not detail how officers would be deployed in the coming days. But she and Deputy Commissioner Melvin Singleton acknowledged that police were caught off-guard Tuesday night, when thousands of people went to Port Richmond, breaking into stores and stealing merchandise.

“We had zero information to warn us of this,” Singleton said.

The department had been widely criticized for its response to the protests and unrest after Floyd’s killing in May, when police fired tear gas into a West Philadelphia neighborhood and later toward nonviolent protesters on I-676.

In addition to this week’s looting in West Philadelphia and Port Richmond, Outlaw said people threw bricks at police, or even tossed what authorities believe was blood at officers — behavior she said “had absolutely nothing to do with protest.”

“These individuals are doing nothing but simply wasting our precious resources,” Outlaw said.

Kenney added: “It is clear that many of these folks are in no way honoring the memory of Walter Wallace Jr.”

Outlaw said that 81 people were arrested Tuesday night, most for burglary, and that 23 officers suffered minor injuries.

As the looting was unfolding in Port Richmond, according to police documents, four people — including two teenagers outside a Foot Locker — were wounded by gunfire.

Meanwhile, Wallace’s cousin, Anthony Fitzhugh, said the family was still working to schedule a time to meet police to review the 911 calls and bodycam footage related to Wallace’s killing.

He also said that relatives had not yet been able to view Wallace’s body, and that they hadn’t decided when they would have his funeral.