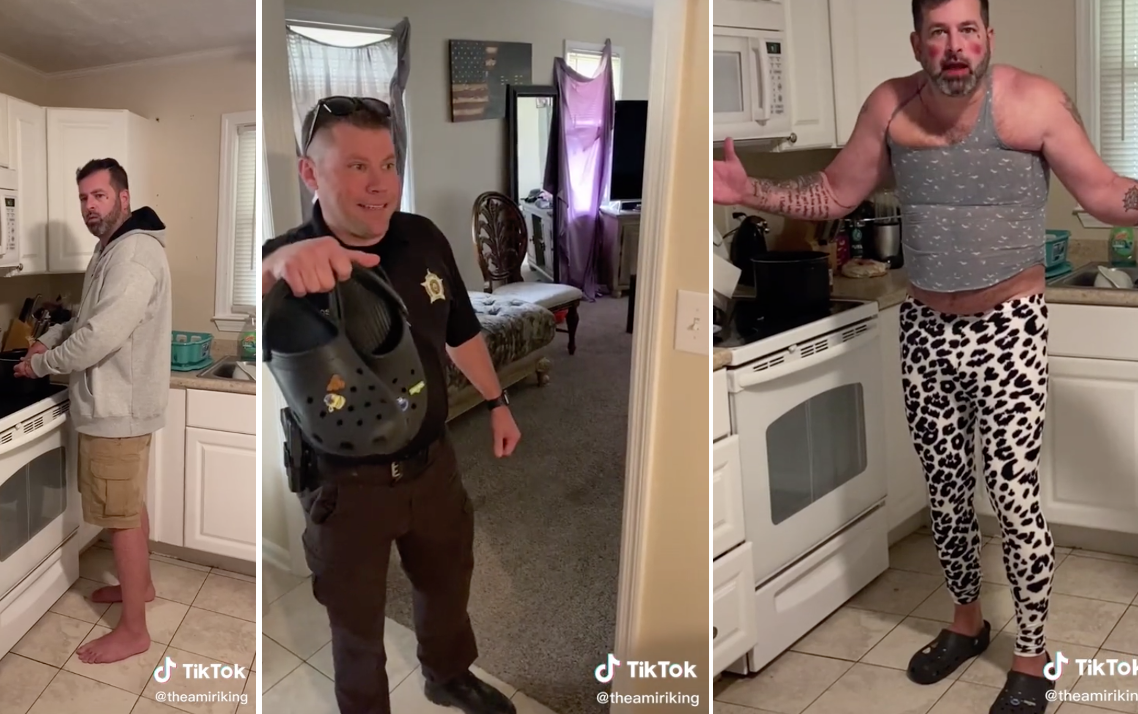 These days, TikTok is known for a few things: Gen Z, unoriginal videos and getting people who work in certain fields in trouble for behaving unprofessionally.

Be it the military, medical or law enforcement fields, the prospect of getting attention via the Chinese government-controlled app seems too tempting for many- and for one Kentucky deputy, a video involving an Amiri King joke has resulted in a suspension.

Jessamine County Deputy Sheriff Joshua Fite has been suspended without pay for his role in a parody video deemed “homophobic.”

In the video, Deputy Fite mimics King, claiming that putting on Crocs slip-on shoes will make an individual “turn gay.”

You can see the video here.

According to LEX18, the deputy -whose jurisdiction is a stone’s throw from both Lexington and Frankfort- claimed he was just going along with the video.

“It was loosely based off three different scenarios,” he said in his video apology, “either a libertarian/democrat, or a Hispanic person, or a gay man.”

JCSO has since distanced themselves from Fite and has committed to putting him through corrective training.