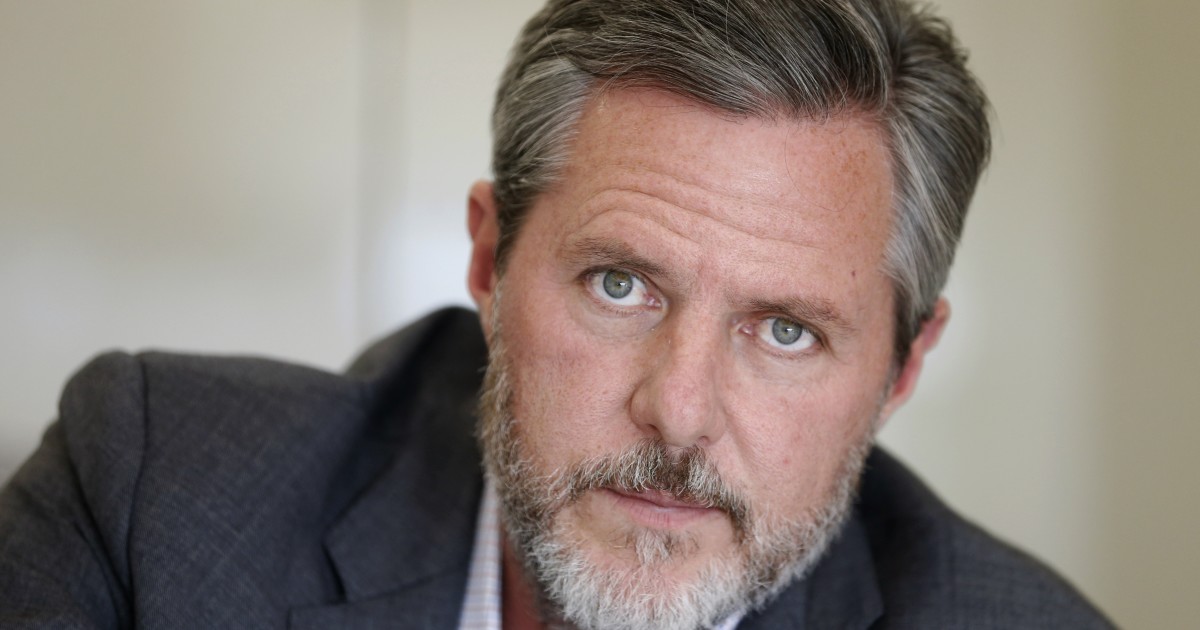 Former Liberty University President Jerry Falwell Jr. on Thursday said he is suing the school over his ouster after allegations of his and his wife’s involvement in a sex-related scandal.

In a statement, Falwell said the school wrongly believed his accuser, a former family friend, and that anti-Trump forces, notably the Never-Trump Lincoln Project, funded and promoted the allegations.

The statement said that his suit charges defamation and breach of contract. No monetary figure was included as a damages claim.

It was a remarkable move considering Falwell’s 13-year stewardship of the Lynchburg, Virginia, college his father Jerry Falwell founded, during which he greatly expanded the influence and bank account of the school.

“Other than God and my family, there is nothing in the world I love more than Liberty University,” said Falwell. “I am saddened that University officials, with whom I have shared so much success and enjoyed such positive relationships, jumped to conclusions about the claims made against my character, failed to properly investigate them, and then damaged my reputation following my forced resignation,” he added.

Liberty had no immediate reaction.

Falwell resigned under pressure in August after he failed to fight back allegations from a friend he and his wife met at a Florida hotel in 2012. That man, Giancarlo Granda, alleged that he eventually had sex with Falwell’s wife and that Falwell knew. Falwell denied that charge and said that Granda had been trying to blackmail the couple before going public with the sex charge.

When the charges were aired this past summer, Falwell fought back, but the media wave against him, which he attributed in part to his support for President Trump, was too much, and he resigned.

In his statement, he said anti-Trump forces played a role in convincing Liberty’s board to accept the allegations against him.

The complaint, said the statement, claimed Liberty’s reaction in the media damaged his reputation. “These statements had the effect of affirming false claims that an individual made publicly against Mr. Falwell after years-long attempts at extortion against Falwell and his wife Becki. Based on research and investigation, this individual appears to be supported financially by political opponents of Mr. Falwell in the midst of a heated presidential campaign, likely including the anti-Trump political action committee called The Lincoln Project,” said the statement.

It said that to push Falwell out, the school made statements to “tarnish, minimize, and outright destroy the legacy of the Falwell family and Mr. Falwell’s reputation.”

His lawyer, Robert Raskopf of Quinn Emanuel, said, “We attempted to meet several times with the Liberty University Board of Trustees Executive Committee but were unsuccessful in doing so. Thus, we were forced to seek remedy for Mr. Falwell’s ongoing injuries and damage to his reputation through the Court.”

Falwell added, “While I have nothing but love and appreciation for the Liberty community, and I had hoped to avoid litigation, I must take the necessary steps to restore my reputation and hopefully help repair the damage to the Liberty University brand in the process.”