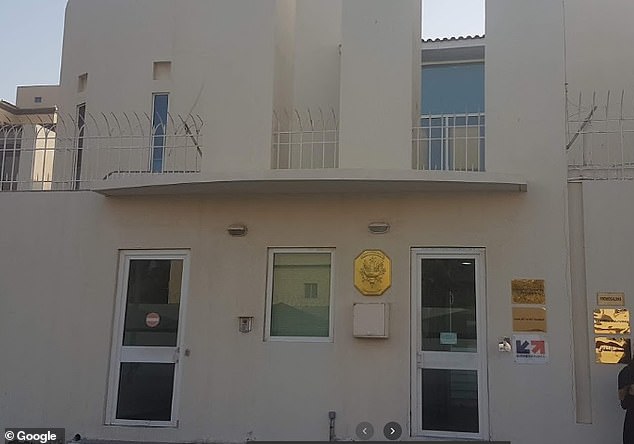 A guard was stabbed at a French consulate in Saudi Arabia today, on a day which saw a knifeman murder three people in Nice and a gunman shot dead in Avignon.

The attacker was arrested after stabbing and injuring the guard with a ‘sharp tool’ at the French consulate in Jeddah, according to official media.

While no motive was given for the attack on the day of a festival marking the Prophet Mohammed’s birthday, it comes amid anger at France from across the Islamic world after president Emmanuel Macron staunchly defended the blasphemous Mohammed cartoons which led to a teacher’s beheading.

France’s embassy in Riyadh said the guard was taken to hospital and his life is not in danger, but condemned the ‘attack on diplomatic premises which can never be justified’.

French diplomats also called on Saudi authorities to ‘shed light on this attack’ and ensure the safety of French people in the kingdom, where France has an embassy in Riyadh, an honorary consulate in Al-Khobar and French international schools.

‘We call on our colleagues in Saudi Arabia to show maximum vigilance,’ the embassy said after Saudi security forces apprehended the suspect, who is said to be a Saudi national in his 40s.

In France today, three people were killed at a church in Nice with two of them thought to have been beheaded by an attacker who repeatedly shouted ‘Allahu Akbar’.

Later on Thursday morning, police said a man had been shot dead by cops in Avignon after threatening people with a handgun.

JEDDAH: A Saudi attacker was arrested after stabbing and injuring the guard with a ‘sharp tool’ at the French consulate in Jeddah (file photo), according to official media in the kingdom 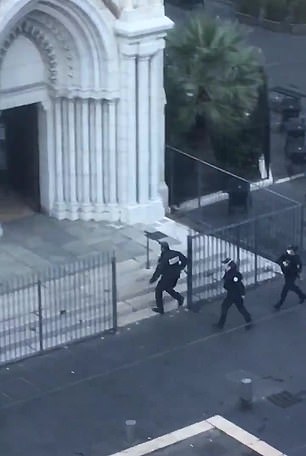 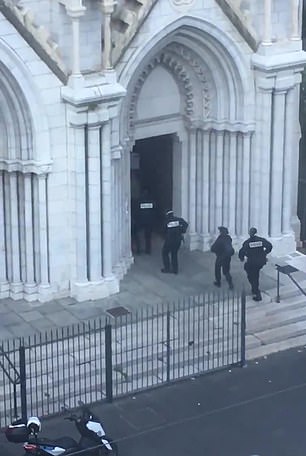 NICE: Police swarmed the area around 9am after a knifeman killed three people today, with cops running into the cathedral before the attacker was shot and arrested. Mayor Christian Estrosi said the attacker kept shouting Allahu Akbar even after being medicated

Police said three people had died in Nice after a knife-wielding attacker burst into a church, killed three people and injured several others before being shot and arrested.

French anti-terror prosecutors have opened an inquiry into what the city’s mayor Christian Estrosi called an ‘Islamo-fascist attack.’

Estrosi said the attacker had repeatedly shouted the phrase ‘Allahu Akbar’, or ‘God is the greatest’, even after he had been detained by police.

The mayor said Macron would soon be arriving in Nice and called for churches around the country to be given added security because of the terror threat.

‘The suspected knife attacker was shot by police while being detained, he is on his way to hospital, he is alive,’ Estrosi told reporters.

‘Enough is enough,’ Estrosi said. ‘It’s time now for France to exonerate itself from the laws of peace in order to definitively wipe out Islamo-fascism from our territory.’

Police armed with automatic weapons had put up a security cordon around the church, while ambulances and fire service vehicles were also at the scene.

The French Council of the Muslim Faith condemned the Nice attack and called on French Muslims to refrain from festivities this week marking the birth of Mohammed ‘as a sign of mourning and in solidarity with the victims and their loved ones.’

Later on Thursday morning, a man was killed by police after threatening passers-by with a handgun in Montfavet, near the southern city of Avignon.

He was also shouting ‘Allahu Akbar’, according to Europe 1 radio, although police did not immediately describe it as terrorism. 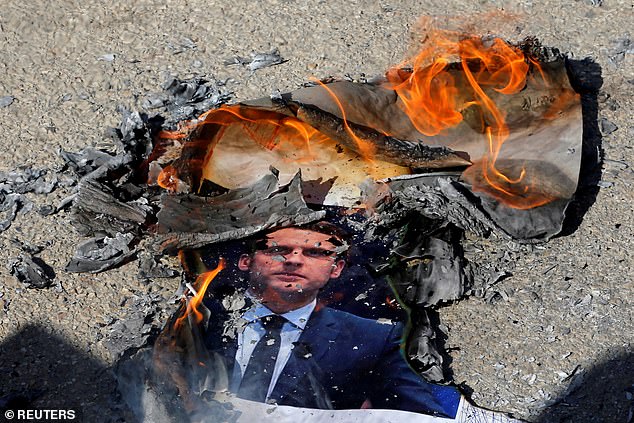 France and its president Emmanuel Macron have been the focus of anger in the Islamic world in recent days (pictured, a Macron portrait is burned in the West Bank) 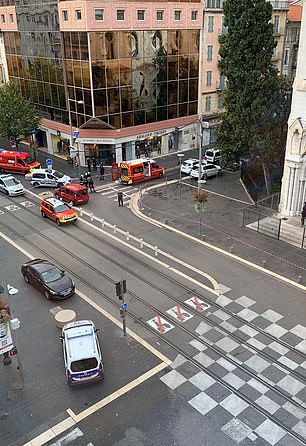 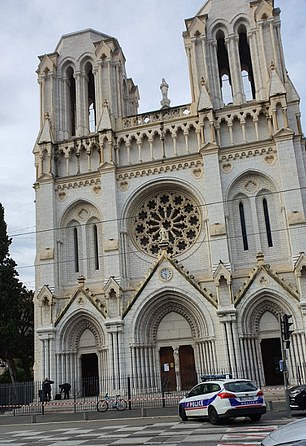 NICE: The attack began around 9am just as Mass was getting underway at the cathedral, the largest Roman Catholic church in Nice 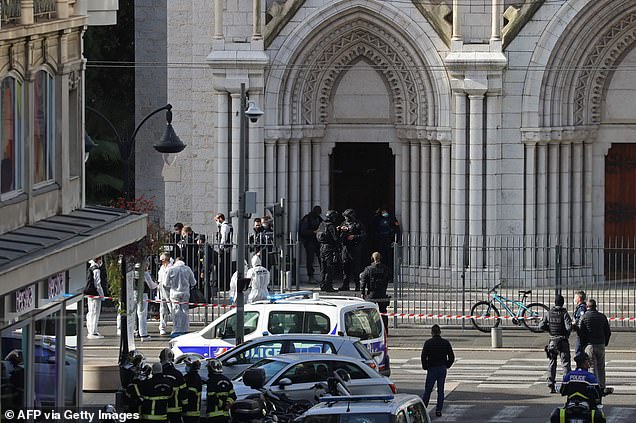 NICE: The mayor of Nice said two of the victims died inside the cathedral – a woman and a male church warden, both of whom were beheaded (pictured, police and forensic examiners outside the church)

Macron has vowed to stamp out extremism in France after the beheading of school teacher Samuel Paty by a Chechen terrorist two weeks ago.

Macron has vowed that France will stick to its secular traditions and laws guaranteeing freedom of speech which allow publications such as Charlie Hebdo to produce inflammatory cartoons of the Prophet Mohammed.

The French government has also shut down a Paris mosque and raided other Islamic associations in the wake of Paty’s killing in the Paris suburbs earlier this month.

Paty showed his students some of the cartoons in a lesson on free speech, leading to an online campaign against him which ended in his grisly murder.

An attack on Charlie Hebdo by jihadists in 2015 left 12 people dead, including some of its most famed cartoonists.

Turkey has led the confrontational rhetoric with France after Charlie Hebdo magazine published an offensive cartoon of its president Recep Tayyip Erdogan.

Erdogan called the cartoonists ‘scoundrels’ and accused the West of wanting to ‘relaunch the Crusades’ by attacking Islam after the image appeared on the front of this week’s magazine.

Iran’s president Hassan Rouhani also took aim at France by warning that insulting the Prophet would encourage ‘violence and bloodshed’.

Rouhani said that ‘the West should understand that… insulting the Prophet is insulting all Muslims, all prophets, all human values, and trampling ethics’.

In Saudi Arabia, home to the holiest sites in Islam, there has been criticism of France but much more muted than in other countries.

The Saudi foreign ministry has said the kingdom ‘rejects any attempt to link Islam and terrorism, and denounces the offensive cartoons of the prophet’.

Saudi clerics have too condemned the caricatures but have also cited the prophet’s ‘mercy, justice, tolerance’. Another prominent sheikh called on Muslims not to overreact.