Corbyn Rightly Blamed for Damage to Jews and Labour 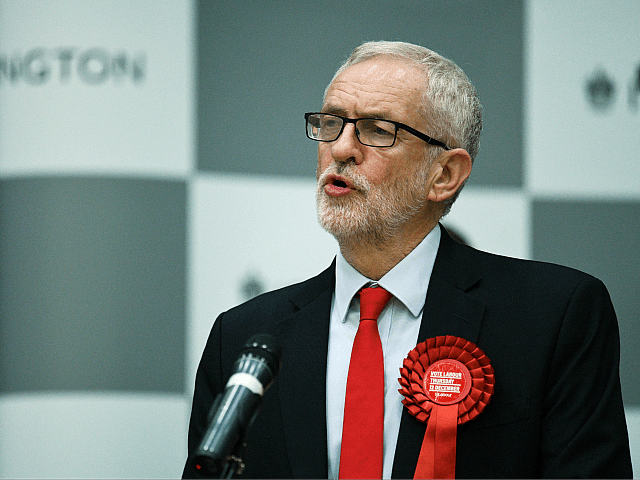 Jewish groups in the UK on Thursday lauded the “damning verdict” surrounding Jeremy Corbyn’s suspension from the Labour Party after a government watchdog found it had broken equality law.

“This report is a damning verdict on what Labour did to Jews under Jeremy Corbyn and his allies. It proves why British Jews were so distressed and it disgraces those who attacked us for speaking out against anti-Jewish racism,” said the Board of Deputies of British Jews, the Jewish Leadership Council and the Community Security Trust in a joint statement.

“Our Jewish community never wanted this fight, but we had to defend ourselves and are proud to have done so. We thank all those who stood with us, despite the abuse they received as a result,” the statement read. “Jeremy Corbyn will rightly be blamed for what he has done to Jews and Labour, but the truth is more disturbing, as he was little more than a figurehead for old and new anti-Jewish attitudes. All of this was enabled by those who deliberately turned a blind eye.”

The Jewish Labour Movement said Corbyn was to blame for a “sordid, disgraceful chapter in the Labour Party’s history” that caused “real emotional pain and despair to those who have given their lives” to the party.

Karen Pollock, the chief executive of the Holocaust Educational Trust (HET), said, “After five years of rampant antisemitism in a mainstream political party, this damning report confirms all that has been said about the depths of the endemic anti-Jewish racism in the Labour party.”

“Holocaust denial, conspiracy theories and Jew hate are unacceptable in all walks of life, and certainly nobody expected it to fester in a political party founded on anti-racism, but it did,” Pollock said. “Today is not the end of this dark chapter, but an opportunity for the Labour Party to consign this shameful period to history, take responsibility and begin the journey back to any sort of morality.”

“The hurt and pain that has been caused is unquantifiable and the impact is still felt.”

The UK’s Equality and Human Rights Commission (EHRC) report released on Thursday found there were “serious failings” in the Labour Party’s handling of antisemitism complaints during Corbyn’s leadership. The antiracism watchdog said the party was responsible for “inexcusable” political interference in the complaints, sometimes dismissing them altogether.

Corbyn has expressed anti-Israel views and has even referred to Hamas and Hezbollah as “friends.” He lay a wreath for the terrorists behind the 1972 Munich massacre, and has compared Israel’s control of the West Bank to the Nazi occupation of Europe.