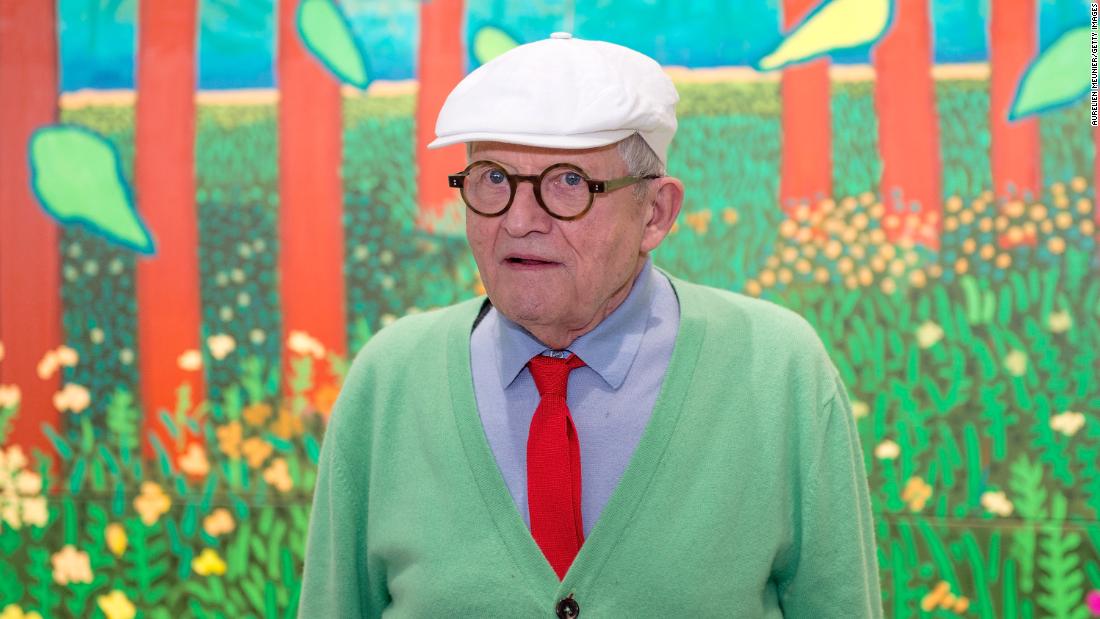 This article was published in partnership with Artsy, the global platform for discovering and collecting art. The original article can be seen here.
David Hockney’s 1980 landscape painting “Nichols Canyon” will go on offer at the upcoming Phillips contemporary evening sale, scheduled to take place on December 7th.

The painting carries an estimate of around $35 million, according to a press release from Phillips, and is billed as “unequivocally the most important landscape by the artist in private hands.” The hefty price tag makes it Hockney’s most expensive landscape to ever appear at auction, and, if its estimate is achieved, would place the work in the artist’s top three most expensive auction results.

“Nichols Canyon” marked Hockney’s embrace of landscape painting following a brief foray into photography in the 1970’s, and was included in the landmark 1981 exhibition “A New Spirit in Painting” at the Royal Academy in London. The painting will be on view at Phillips London until November 1st, then travel to Hong Kong, and finally New York before heading to auction.

Hockney described the process of painting the work in a statement: “The moment you live up here, you get a different view of Los Angeles. First of all these wiggly lines seem to enter your life, and they entered the paintings. I began Nichols Canyon. I took a large canvas and drew a wiggly line down the middle which is what the roads seem to be. I was living up the hills and painting in my studio down the hills, so I was traveling back and forth every day, often two, three, four times a day. I actually felt those wiggly lines.”

Meet the artist at his Los Angeles home

The sale of “Nichols Canyon” comes near the end of an eventful year for the artist and his market. In February, his iconic painting The Splash (1966) sold at Sotheby’s London for £23.1 million ($29.8 million).

Earlier this month, the London Opera House auctioned off Hockney’s portrait of its longtime general administrator, Sir David Webster, to raise funds in order to alleviate the financial strain of the Covid-19 pandemic; the painting sold for £12.8 million ($16.8 million).
Hockney is currently exhibiting his most recent work focusing on the French countryside in a show titled, “Ma Normandie,” at Galerie Lelong & Co. for the hybrid art fair Le Pari(s). According to Artsy data, Hockney has been among the platform’s 20 most in-demand artists every year since 2015. Last year he entered the Top 10 and he’s on track to do so again in 2020.