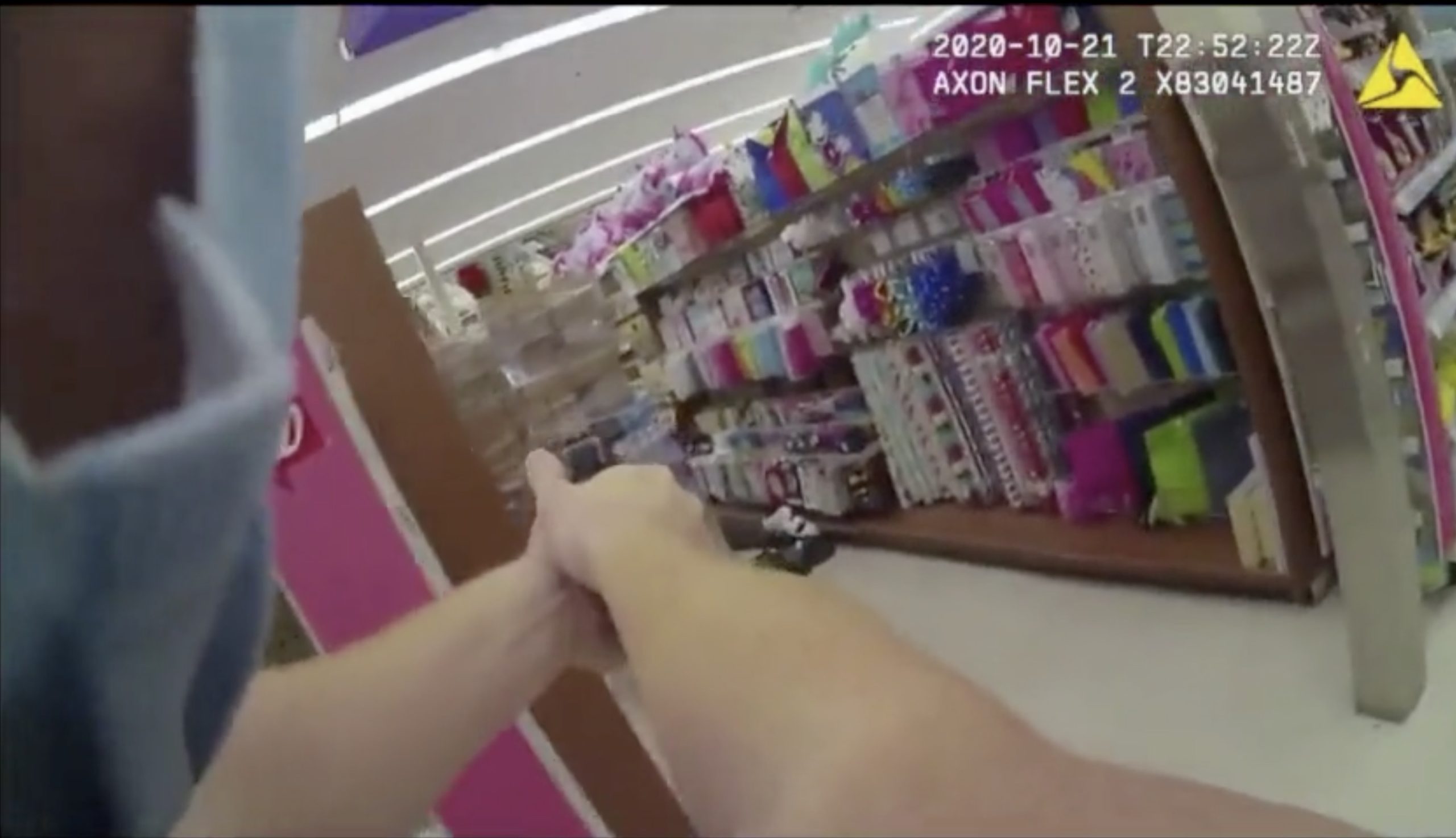 The footage indicates that Daniel Ahlschlager, 30, held a handgun as he was chased through the drugstore aisles at about 4 p.m. Wednesday, Oct. 21.

Ahlschlager was wounded in the right ear by the single shot that could be heard on the video. He was arrested on charges that include assault on a peace officer.

The officers involved were Justin Canatsy and Martin Lemus, who both operated their body cameras during the encounter. Neither was injured, not were any customers or employees.

Ahlschlager had been a passenger in a vehicle that Canatsy, a gang officer, had stopped for speeding, Police Chief Galen Carroll said in an introduction to the video. It was posted on the department’s Facebook page.

Canatsy saw that Ahlschlager had walked into Walgreeens, so the officer went inside to investigate, police said last week. The video shows Canatsy contacting the suspect, who then starts to run away. He is first seen with the gun while briefly sitting on the floor, then runs again as the officer follows with his own weapon. Canatsy yells “Drop the gun!” several times.

The shooting happened next to a display of greeting cards and gift wrap, as Ahlschlager appears to be hiding behind shrink-wrapped cartons on a pallet. Lemus had arrived by that point and fires a shot from a distance down the aisle. Ahlschlager then surrenders, with a small stream of blood running from his head.

Police said last week that Ahlschlager was a transient. Carroll said on the video that he had a history of armed robbery, theft and drug offenses in Virginia and New York state.

Assault, firearm and new other charges

Ahlschlager was treated for his wound after the shooting and remained in Stanislaus County Jail on $460,000 bail as of Monday night.

Department spokeswoman Sharon Bear said last week that Ahlschlager was booked for burglary because he entered the business while allegedly committing a felony.

Modesto detectives and the Stanislaus County District Attorney’s Office are conducting separate investigations, which is standard procedure for officer-involved shootings.