Philadelphia Torn Up by ‘Biden-Supporting Radicals’ 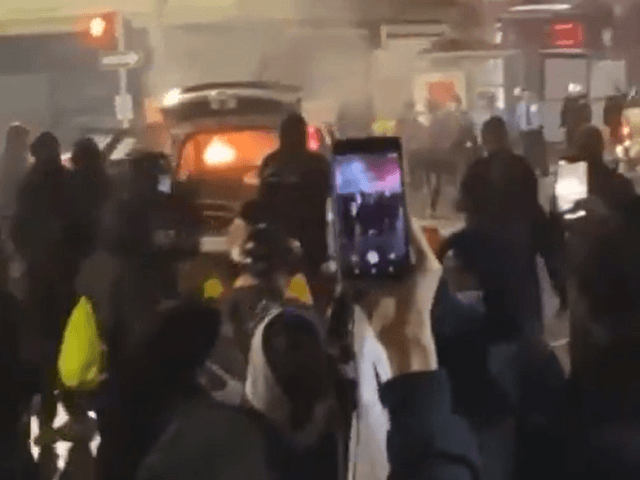 In Wisconsin on Tuesday, President Donald Trump condemned the riots and looting in Philadelphia that happened the previous evening.

“Last night Philadelphia was torn up by Biden-supporting radicals,” Trump said during a campaign rally at a race track in West Salem, Wisconsin.

The president noted that 30 Philadelphia police officers were injured by the rioting on Monday night after two officers shot and killed a black man armed with a knife. The man advanced toward the two officers, ignoring their orders to drop the weapon.

One police officer was hospitalized during the riots after a pickup ran her over and broke her leg.

The Philadelphia Police announced Tuesday that they arrested 91 people during the riots.

“Biden stands with the rioters and I stand with the heroes of law enforcement,” Trump said, signaling his support for police officers. “And you know what, they can do their job very easily, just let them do their job.”

Biden has yet to condemn the violence in Philadelphia. President Trump has repeatedly called for him to denounce the looting and rioting.

“He declared war on the cops and it’s not working out too well,” Trump said, referring to Biden.

Trump warned that former Vice President Joe Biden and his running mate Sen. Kamala Harris’s administration would create an anti-police environment by appointing anti-cop prosecutors in communities around the country.

“It would tie the hands of every police officer in the country,” Trump said.

Trump said that Biden was too weak to be president.

Trump urged his supporters to come out in force in Wisconsin and help him win the state again.

“We didn’t come this far and fight this hard to surrender our country back to the corrupt Washington swamp,” he said.