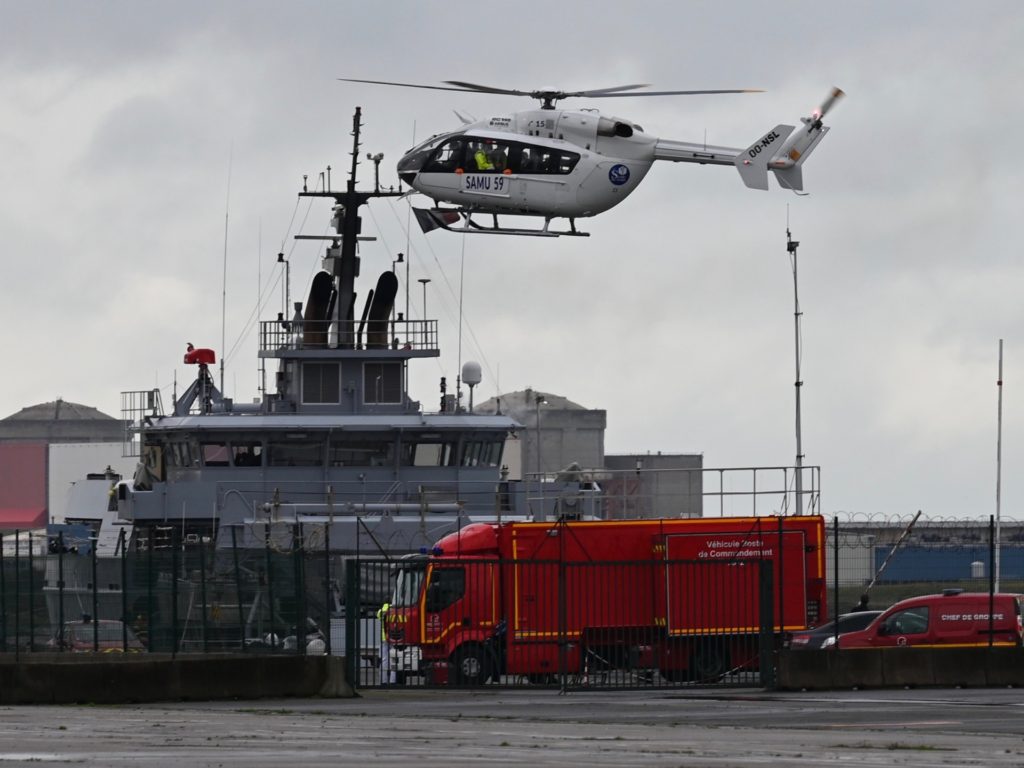 At least four migrants have drowned in the English Channel after a boat, reported to be carrying mostly Iranian illegal migrants, capsized on the way to the UK from France on Tuesday.

A migrant boat carrying approximately 20 illegal migrants began to sink in the Channel at around 9:30 in the morning by Loon-Plage near Dunkirk. Four migrants, including a man, a woman, and two small children have tragically died. The death toll may still increase, however, as searches at sea are continuing.

So far, at least seventeen migrants have been rescued from the frigid waters, with three of the migrants suffering from cardio-respiratory arrest. The others, including small children between the age of 5 and 8-years-old, are reported to be in “a state of hypothermia” in hospitals in Calais and Dunkirk, according to Le Figaro.

The boat was first reported to be sinking by an English yachtsman around 9:30 am, prompting a large-scale rescue effort by French authorities, comprising of six boats and three aircraft.

Earlier in the day, sub-prefect for Dunkirk, Hervé Tourmente, said that one of the missing migrants “could be an infant”.

Mr Tourmente noted that the weather conditions for crossing the Channel on Tuesday “were not favourable at all”, with powerful gusts of wind recorded.

UK Govt to Target Illegal Migrants’ Smartphones with Ads Asking Them Not to Come https://t.co/NnQLElFW2H

Responding to the horrific incident, Dover and Deal MP Natalie Elphicke said: “It is terrible that tragedy has struck in the Channel again. People traffickers have no regard for life, no matter how old or young.

“These perilous crossings must be stopped, once and for all, before there is more loss of life in these stormy winter seas.”

Folkestone and Hythe MP Damian Collins said: “This is an avoidable tragedy and shows how important it is for migrant boats to be intercepted at sea before they get to the UK side of the channel.

“We must stop people traffickers from profiting whilst putting lives in danger,” Collins added.

‘We Wish We Stayed in France’: Sudanese Illegal Migrants Complain About Conditions in UK Camp https://t.co/05gYFwhOVd

The latest fatality in the Channel brings the recorded death count of migrant drownings up to six since the start of the year.

On October 18th, a migrant drowned in the Channel while attempting the perilous journey to England from France. The man is believed to have been in his 20s at the time of his death, yet his identity has still not been revealed to the public.

In August, Sudanese migrant Abdulfatah Hamdallah — who reportedly had been denied asylum status in France — died after drowning in the Channel. Initial reports erroneously claimed that the migrant was 16-years-old, however, it was later revealed that he was in fact 28.

So far this year, an unprecedented 7,500 illegal migrants have successfully reached British shores, over three times as many that landed in 2019. In September alone, nearly 2,000 migrants landed in the UK.