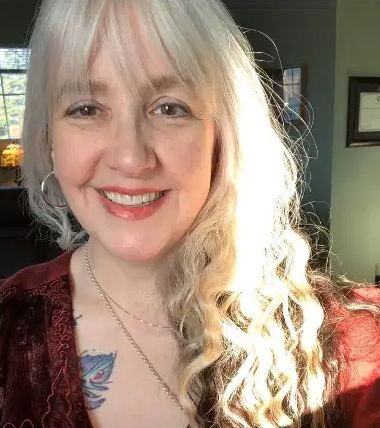 The shooting deaths of two twin girls and their mother have been ruled as double homicide-suicide, according to Whatcom County Medical Examiner Dr. Gary Goldfogel.

Goldfogel said the autopsies were completed Monday, Oct. 26. He said the twin girls each died of large caliber gunshot wounds to their heads, while Boudreau Deegan shot herself in the head with the same weapon.

Goldfogel said the handgun was registered to the mother and there was “extensive documentation of suicidal thought.”

Deb Slater, a spokesperson for the Whatcom County Sheriff’s Office, said Tuesday, Oct. 27, there were no updates on the situation, as it is still an active investigation.

Slater said the sheriff’s office has not responded to the home within the last year for 911 calls related to domestic violence, mental health, child welfare or welfare checks. Slater declined to say whether the handgun was found at the scene.

Deputies were called to Sunflower Circle in Sudden Valley around 1:15 p.m. on Saturday, Oct. 24, for a welfare check. A roommate at the multi-level residence said he found his landlord, Boudreau Deegan, and her two children dead in an upstairs bedroom, according to a Whatcom County Sheriff’s Office press release.

On Tuesday, Slater, with the sheriff’s office, declined to say why detectives believe the custody dispute was the primary motive for the shootings.

The twin girls were enrolled in the Bellingham Family Partnership Program, according to Dana Smith, a Bellingham School district spokesperson. The partnership program houses the district’s alternative learning experience courses and is open to in- and out-of-district students from kindergarten through 8th grade. The program partners with parents who home-school their children and can include on-site learning at the former Larrabee Elementary School, Smith said. As of September, the program had 481 students.

Smith said the school district’s Mobile Response Team was contacting those closely affected by phone and/or Zoom meetings to help them process the loss. She said the district will also continue to refer families to other resources in the community, such as Our Treehouse, and has shared grief resources with the Family Partnership families.

State health department records show Boudreau Deegan had an active mental health counselor’s license that was issued in 2008. She renewed her license on July 26 of this year, records show. Throughout the last week, Boudreau Deegan, also known as Boudreau Angelis, had been posting links related to suicide and narcissistic parents on both her professional and personal Facebook pages.

Boudreau Deegan’s work profile stated she worked “from an empowerment model.” She wrote she specialized in complex trauma and attachment. She provided services out of both her home and an office in Bellingham.

“My goal is to teach clients new ways of perceiving their problem, healthy coping behaviors for responding to their problem, and healthy attitudes & communication skills for working with their families, partners, or work environment so they can make changes in their own life,” her website and work profiles state.

Lt. Claudia Murphy of the Bellingham Police Department recommends if people in the United States find themselves or a friend in crisis or emotional distress that they call the National Suicide Prevention Lifeline at any time at 800-273-TALK (8255). For more information about the Lifeline, visit suicidepreventionlifeline.org.

If you or someone you know is experiencing domestic violence or sexual assault, you can contact the following local resources for free, confidential support:

This story will be updated.