Drones to respond to 911 calls in city near Atlanta 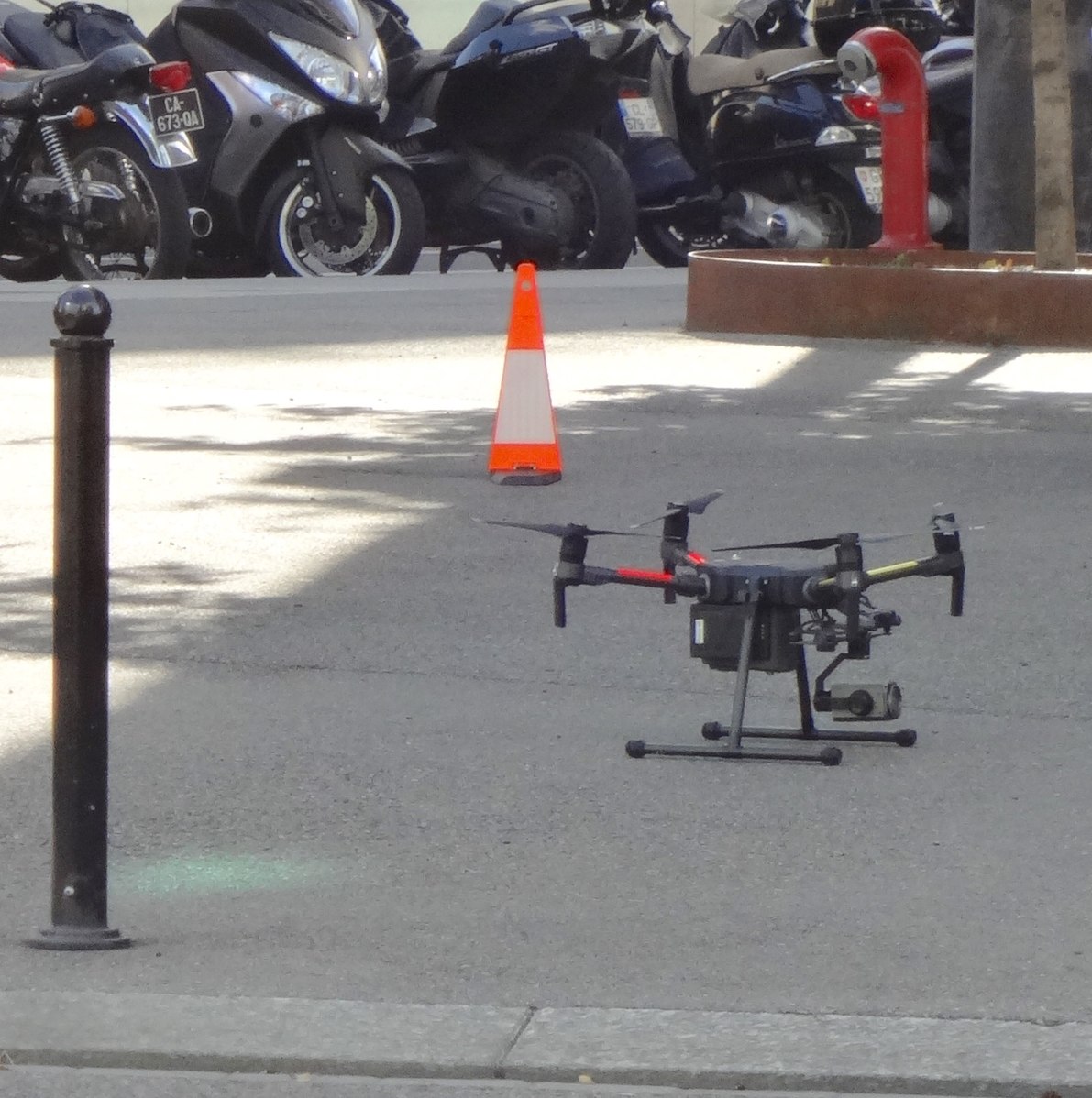 Brookhaven will become the first city in the southeast to adopt a first responder program that uses unmanned drones to respond to 911 calls, emergencies and to conduct investigations.

On Tuesday night, the city approved funding for the Brookhaven Police Department’s UAS (unmanned aerial system) unit, which will consist of four drones. Police will be able to deploy them to witness crimes in progress, document crime scenes or provide a bird’s eye view for officers on the ground.

Not every 911 call will be answered with a drone, but Brookhaven police said the project will give its officers more flexibility, availability and information, while limiting in-person contact amid the coronavirus pandemic.

Ayana, who pitched the project to the City Council, said Brookhaven will become the second city in the country to adopt this program — the first was the Chula Vista Police Department in California in 2018.

A police dronewill have the potential to prevent police chases, catch criminals in the act and determine when 911 calls don’t require an officer to respond, Ayana said. Chula Vista police have credited the drone program with more than 275 arrests and 650 calls for service that ended up not needing an officer’s presence.

Brookhaven estimates that a drone response costs roughly 10% of the cost of dispatching an officer and patrol vehicle. Police added that drones can respond much quicker to scenes, since they can bypass traffic. Ayana said drones should be able to access roughly 70% of the city due to Federal Aviation Agency restrictions and the DeKalb-Peachtree Airport.

Each drone is equipped with an onboard camera that records and streams HD video back to the department’s crime center, where an officer can relay information to police on the ground. The drones are also capable of thermal imaging, which can spot suspects at night.

“It takes a lot of the hide-and-seek aspect out of hide-and-seek,” Ayana said. “We’re going to see a lot more suspects identified in crimes because a drone is going to get there first and provide information.”

Brookhaven plans to train and obtain FAA licenses for 12 operators. The training would be conducted by Decatur-based Skyfire Solutions, a company that partnered with Chula Vista police on their program.

The program will also lessen the department’s reliance on DeKalb County police and the Georgia State Patrol for aviation support. Brookhaven police Chief Gary Yandura said it can take up to an hour for a helicopter to make it to the northern DeKalb city due to pre-flight checks and other logistics. In addition, the city has no control over the other agencies’ helicopters and have to explain why they need air assistance.

Councilwoman Linley Jones brought up privacy concerns regarding the drones, but Ayana dismissed any notions that the program is “Big Brother” coming to the city.

The department will develop policy preventing operators from intentionally recording “any location where a person would have a reasonable expectation of privacy, such as private backyards or inside private buildings,” Ayana said. However, an authorized search warrant or emergency situation would bypass that policy.

“Privacy concerns and law enforcement are always a balancing act,” Jones said. “But I think that this is a wonderful addition to the police force without being an extension of any intrusive nature of our policing.”

The unit’s creation will cost the city roughly $83,700 in its first year in addition to annual recurring costs of about $22,600. The city will fund the project using coronavirus relief funds, citing that the drones will lessen human interaction among officers and citizens, potentially limiting the spread of the virus. No timeline was provided for when the UAS unit will be operational.

Other departments already use drones during potentially dangerous standoffs to gather information. Brookhaven police highlighted a recent example in Atlanta where officers used a drone to go into a home and arrest Antonio Demetrice Rhynes, who was wanted on a murder charge in the shooting death of actor Thomas Jefferson Byrd.

However, Brookhaven’s program will expand the number of situations in which drones are used, including first-time 911 calls and real-time emergency responses. The department said drones often offer more reliable information than 911 callers, which can better prepare officers who are en route.

All drone footage is stored in the same manner as bodycam and dashcam videos and will be available to the public through the Georgia Open Records Act. Drone video can also be filed as evidence.