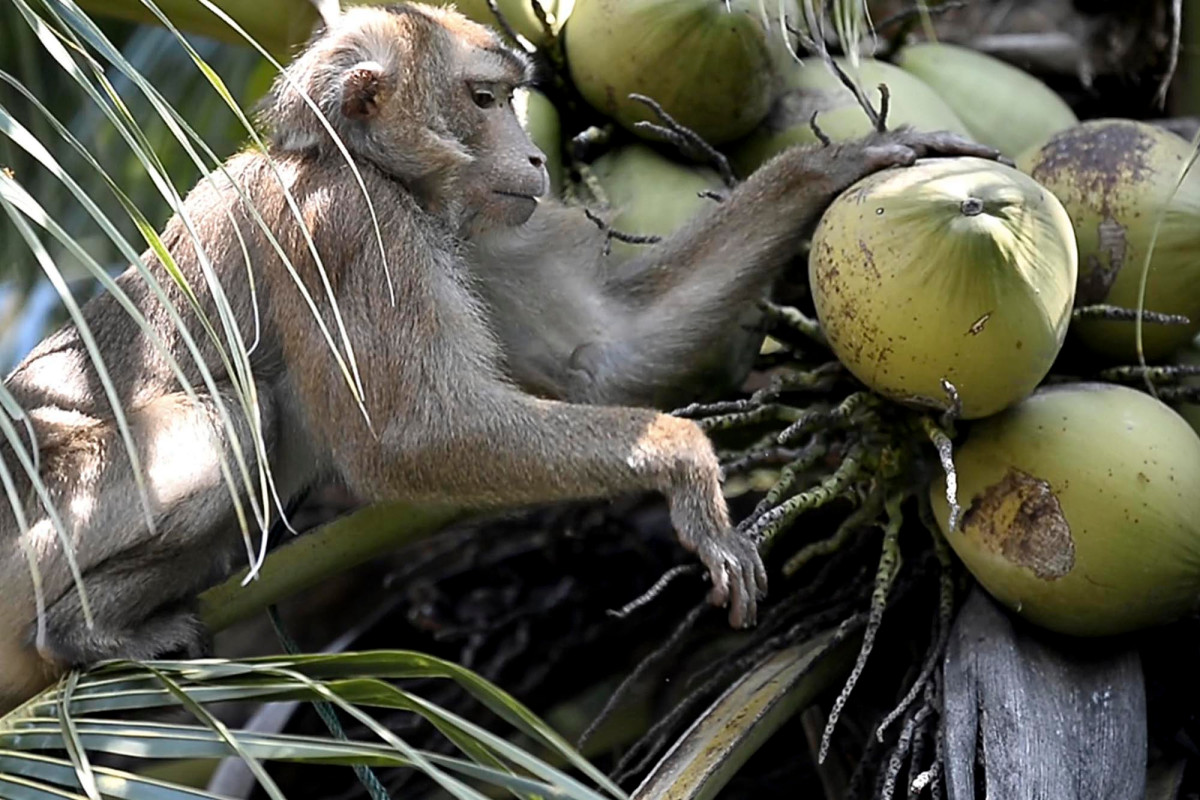 The alleged use of forced monkey labor has led Costco to stop selling Thai-made coconut products.

People for the Ethical Treatment of Animals (PETA) has been tracking such animal abuse since 2019, while urging retailers to pull merchandise made from the bad actors to discourage the practice, USA Today reported.

“No kind shopper wants monkeys to be chained up and treated like coconut-picking machines,” PETA president Ingrid Newkirk said in a statement, according to the outlet.

“Costco made the right call to reject animal exploitation, and PETA is calling on holdouts like Kroger to follow suit.”

PETA’s investigation found chained-up monkeys can pick around 400 coconuts a day and are then stuffed in cages until their next shift, the outlet reported.

Stein pointed to the Tourism Authority of Thailand’s active promotion of the “Monkey Center,” where tourists can watch the primates learn how to collect coconuts for 300 baht, or about $10. Kids can catch the show for just 150 baht, or about $5.

“The Monkey Center is established and has turned into a new tourist attraction which becomes popular among local people and foreigners. In the center, the monkeys will be trained to collect the coconuts. Each training session takes about 4 months and requires a trainer and a student,” the tourism authority’s website reads.

“Moreover, you can enjoy other monkey shows in the center,” it continues.

One of the brands removed from Costco is Chaokoh, made by Theppadungporn Coconut Co. Ltd, which denies using monkey labor, the outlet said.

The company shared a 14-page document with the outlet titled “Monkey-Free Coconut Due Diligence Assessment” that claims 64 randomly selected farms out of 817 were not using monkeys for coconut harvesting, the outlet said.

“Chaokoh, one of the world’s leaders in coconut milk production, reassures that we do not engage the use of monkey labour in our coconut plantations,” the company insisted in a statement, noting its suppliers have “signed memorandums of understanding” that monkey labor will not be used at their farms.

Walgreens, Food Lion, Giant Food and Stop & Shop have all pulled alleged monkey-picked coconut products from their shelves, but products from Chaokoh are still available on Target, Walmart and Kroger’s websites, the outlet said.

“What really drives this change is retailers not supporting the product, and of course, customers not buying the product. Costco being a major player should have an impact,” Stein explained.

A Costco rep said it was “not able” to respond to requests for comment from USA Today on the decision, and Walmart and Target didn’t immediately say whether they plan to make changes to their coconut suppliers.

Kroger, the nation’s largest grocery store chain, insisted it has a “longstanding commitment to responsible business practices, including the humane treatment of animals.”

“We have re-engaged our suppliers, as well as other stakeholders, on this issue to re-confirm they are also protecting animal welfare,” Kroger continued in a statement.

PETA has issued a list of brands that don’t use monkey labor in their production of coconut products. They include Daiya, DREAM Coconut Milk and AYAM.