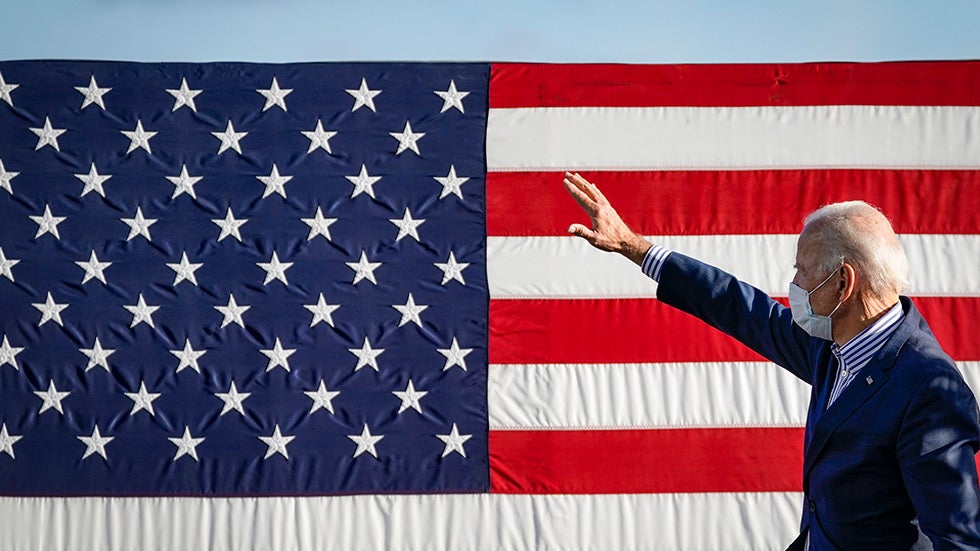 At a time when most Americans loathe their political leaders, Biden’s campaign and its outside allies have spent months building their candidate up as empathetic, competent and even likable.

They are also a notable contrast from four years ago, when polls showed just over a third of voters viewed Trump or Hillary Clinton

“Even at a time of deep partisan polarization, a candidate’s personal image matters. And in many key dimensions, Biden is viewed more positively than Trump, as well as Hillary Clinton in 2016,” said Carroll Doherty, director of political research at the Pew Research Center.

Biden insiders say the effort to make their candidate more likable is a deliberate and foundational strategy, meant to position Biden as an acceptable alternative to Trump. The campaign’s research found voters who did not know much about the former vice president wanted to learn how he would govern, and his vision for the future.

Persuadable voters, both the undecided and those who were leaning toward Biden, had made their minds up about the incumbent, one top Biden official told The Hill. But they did want to hear more about Biden, to be assured that he was an acceptable alternative to an unacceptable status quo.

“Our campaign has always focused on making the positive case for Joe Biden and his vision to unite the country,” Biden campaign spokesman Matt Hill said in an email. “We use paid media as a vehicle to tell Joe Biden’s story and have him speak directly to the American people about how he will lead our nation through a time crisis.”

While challengers typically reserve the bulk of their advertising dollars for tearing down their opponents, Biden spent much of his money on positive ads.

Biden’s campaign has spent heavily on positive advertising that has aired during the World Series, spots narrated by the actors Sam Elliott and Brad Pitt. A new ad debuting Monday on ABC’s “Dancing with the Stars” features Biden himself making the closing argument.

“It’s time for America to get back up. The country is so ready, so ready,” Biden says in the ad. “We need real changes right now. There’s nothing beyond our capacity if we do it together.”

A review of television commercials conducted for The Hill by Advertising Analytics, a nonpartisan media monitoring firm, found 34 percent of Biden’s paid advertising has gone to positive spots. Just under 60 percent contrast Biden with President Trump, while 6 percent are purely negative.

Just under 40 percent of Trump’s advertising, on the other hand, has been purely negative. Another third contrasted Trump and Biden, while only about a quarter of Trump’s spots were positive.

The tone is notably different from the 2016 campaign, when Clinton used most of her advertising dollars to try to disqualify Trump in voters’ minds.

“It was a pretty negative campaign. Our numbers have shown that 2020 has been more positive than 2016. A lot of the Clinton advertisements, in fact a vast majority, were character-focused, they weren’t talking about policy. They were trying to make the argument that Donald Trump is not qualified to be president of the United States,” said Travis Ridout, a political scientist at Washington State University and co-director of the Wesleyan Media Project, which tracks campaign advertising.

Biden’s positive advertising has also served as a bulwark against Trump’s attacks. Trump’s campaign wanted to set up a choice between the two men, rather than a strict up-or-down vote on his own handling of the presidency.

“To the degree that Trump’s negatives are so high, and he has been unable to drive up Biden’s unfavorable rating, the contest remains a referendum on [Trump], not a choice,” said Lee Miringoff, director of the Marist College Institute for Public Opinion. “That Biden is viewed favorably makes him acceptable, and that is enough for the present.”