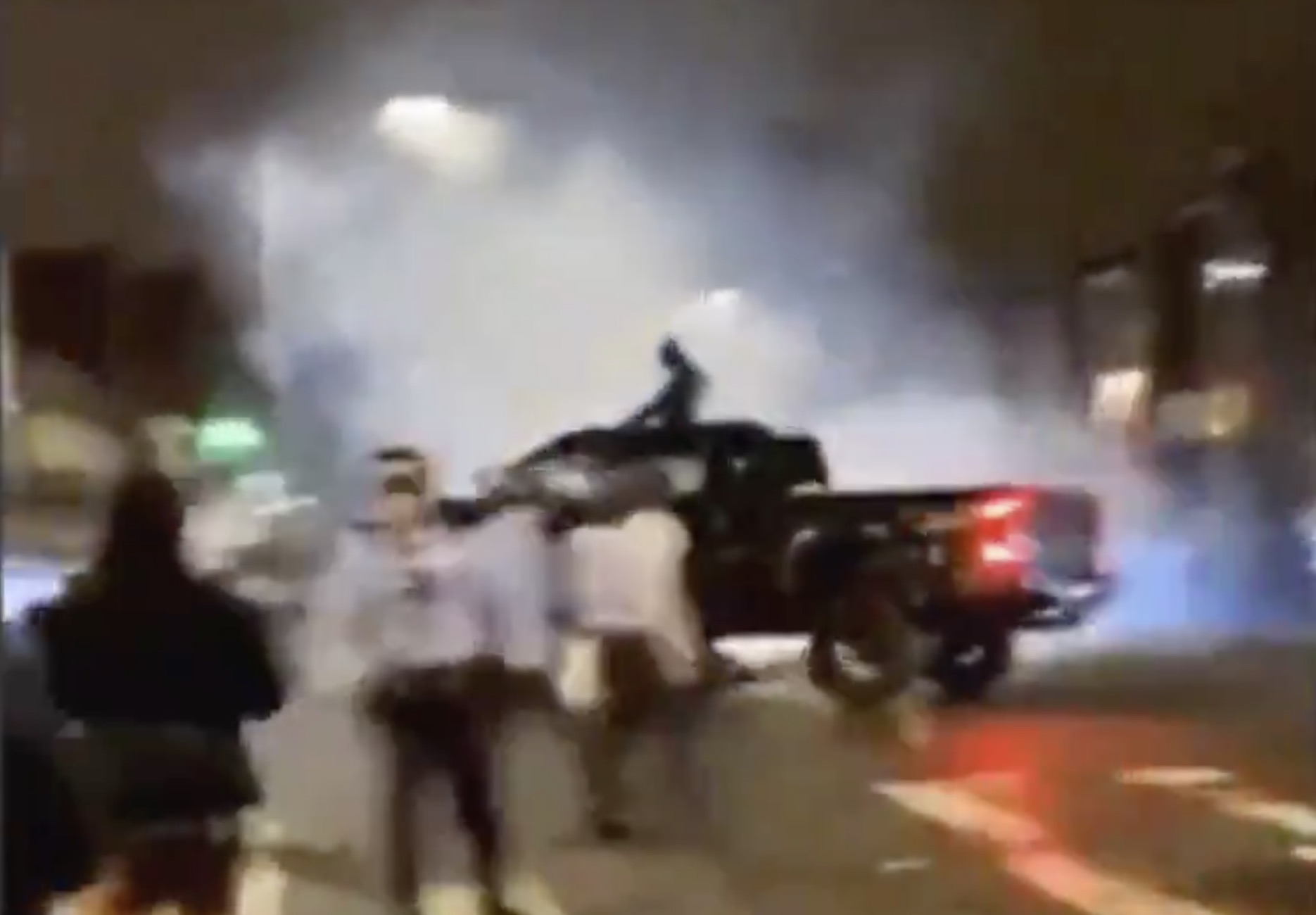 Tensions were high as protesters took to the streets on Oct. 26 to protest the police shooting of Walter Wallace Jr., a 27-year-old Black man, in West Philadelphia.

As the night wore on, those tensions boiled over, resulting in several incidents where protesters threw objects at police, set a police SUV on fire and set off fireworks, according to Philadelphia Inquirer.

In the midst of it all, a police officer was run over by a black truck. As police formed a protective shield around the injured officer, rocks were thrown at them. The incident was caught on a YouTube livestream from After Action Report.

The protests were sparked by the death of Wallace, who had been shot multiple times by two police officers. Police and witnesses say that Wallace was armed with a knife.

Police said they told him to drop the knife and then fired when Wallace moved towards them. The officers were both wearing body cameras and the footage is being reviewed.

Wallace’s father, Walter Wallace Sr., told the Philadelphia Inquirer that his son had mental health issues. He questioned why the police couldn’t have simply used a taser.

Philadelphia Mayor Jim Kenney promised a full investigation into the shooting, noting that he had watched the video and that it presented “difficult questions that must be answered.”