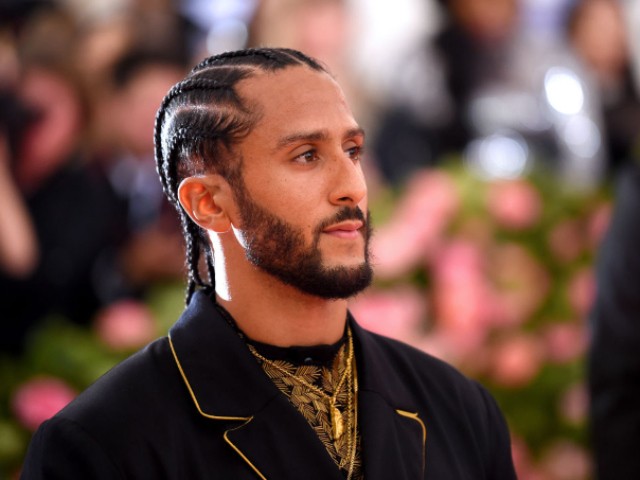 Acclaimed director and left-wing activist Ava DuVernay’s upcoming bio series about Colin Kaepernick has cast the actor who will portray a young Kaepernick.

Teenaged actor Jaden Michael has been signed for the Netflix series that will dramatize the early life of the NFL player made famous for his anti-American protests.

I never thought I would be casting a young me in a show about my life. I can’t wait for the world to see @ItsJadenMichael be an all-star on @netflix #ColinInBlackAndWhite @ava pic.twitter.com/ygb4F4kgM5

DuVernay exclaimed that the production has been a “proud journey.”

Collaborating with @Kaepernick7 on this series has been a proud journey. Thanks to @Netflix and our partner @StarrburyMike. A story about identity, imagination and intention. Congrats, @ItsJadenMichael! https://t.co/Y5REayxgLL

“With his act of protest, Colin Kaepernick ignited a national conversation about race and justice with far-reaching consequences for football, culture, and for him, personally,” DuVernay said in a statement in June. “Colin’s story has much to say about identity, sports, and the enduring spirit of protest and resilience. I couldn’t be happier than to tell this story with the team at Netflix.”

“Too often we see race and Black stories portrayed through a white lens,” Kaepernick added. “We seek to give new perspective to the differing realities that Black people face. We explore the racial conflicts I faced as an adopted Black man in a white community, during my high school years. It’s an honor to bring these stories to life in collaboration with Ava for the world to see.”

Jaden Michael’s recent projects include roles in Todd Haynes’ Wonderstruck, the Netflix series The Get Down, and Lorne Michaels’ Vampires Vs. The Bronx.

Over its six episodes, the Netflix show, entitled Colin in Black & White, will focus on Kaepernick’s formative years as a black man adopted by a white family.

Colin in Black & White was written by Michael Starrbury who will also produce the show with DuVernay. Kaepernick is set to narrate.