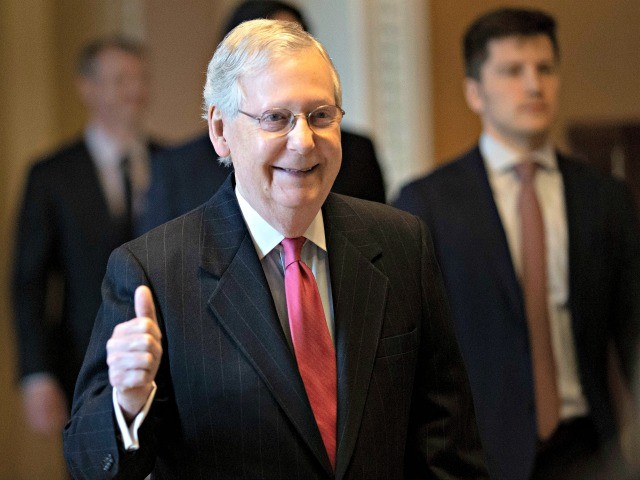 Monday, during an appearance on FNC’s “Fox News @ Night” shortly after Judge Amy Coney Barrett’s successful confirmation vote to the Supreme Court, Senate Majority Leader Mitch McConnell (R-KY) reacted to threats from Democrats to pack the courts once they were in charge.

McConnell dismissed those threats as “not anything new,” along with ending the filibuster and adding the District of Columbia and Puerto Rico as states.

“They were talking about that earlier in the year,” McConnell said. “Nothing new — same old threats and intimidation by the hard left in America today.”

When asked if the Barrett confirmation could be considered a liability for vulnerable Democrats in the November 3 election, the Kentucky Republican argued it was an asset and referred to the confirmation of Brett Kavanaugh to high court shortly before the 2018 midterm elections.

“If you recall, we had a Supreme Court fight a month before the election in 2018,” he said. “And we actually gained seats. I think this nominee would be a political asset for our candidates around the country — not a liability, but an asset.”

McConnell also shrugged off comments from Sen. Ed Markey (D-MA) attacked an originalist view of the Constitution regarding judicial philosophies.