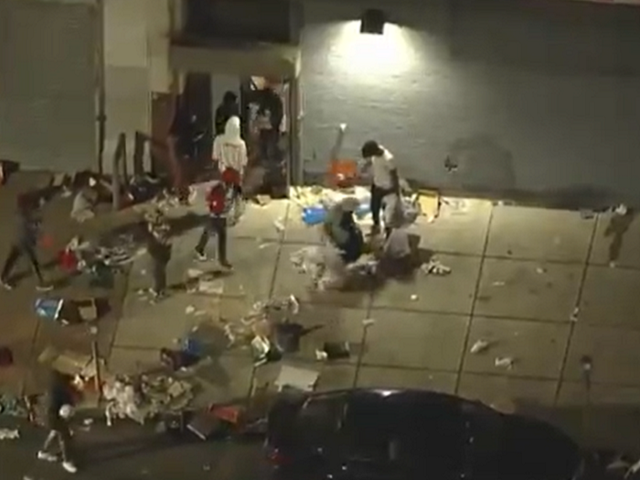 Looting in Philadelphia following the police shooting of a Black man armed with a knife continued throughout Monday night and into Tuesday morning. Video from a local ABC affiliate shows looters emptying a Foot Locker.

Chopper 6 from the ABC affiliate in Philadelphia captured video of looters pouring out of a west-side Foot Locker store. Rioters and looters took to the streets shortly after two Philadelphia police officers shot and killed a Black man who advanced on them with a knife.

Chopper 6 over the scene as a Foot Locker in West Philadelphia is looted following the death of Walter Wallace, who police say was shot by officers after he would not drop a knife. https://t.co/BtTPSlQIwI pic.twitter.com/7hNeLEvJCM

Another video, posted on YouTube by Ruptly, shows looters surrounding a Boostmobile store.

Chopper 3 from the local CBS affiliate shows more looting in the same area — this time a Family Dollar.

Another video posted on YouTube by M101 shows a clothing store being stripped of merchandise.

The unrest began after two officers shot and killed an armed Black man, Walter Wallace, Jr. Video shot by a witness shows Wallace approaching two police officers around a car and into a street. Officers ordered Wallace repeatedly to drop the knife before firing.

Wallace continued approaching the retreating officers with the knife extended toward the police. Multiple shots rang out and Wallace fell to the ground. A responding police officer loaded Wallace into a vehicle and drove him to the hospital. He later died from his wounds.