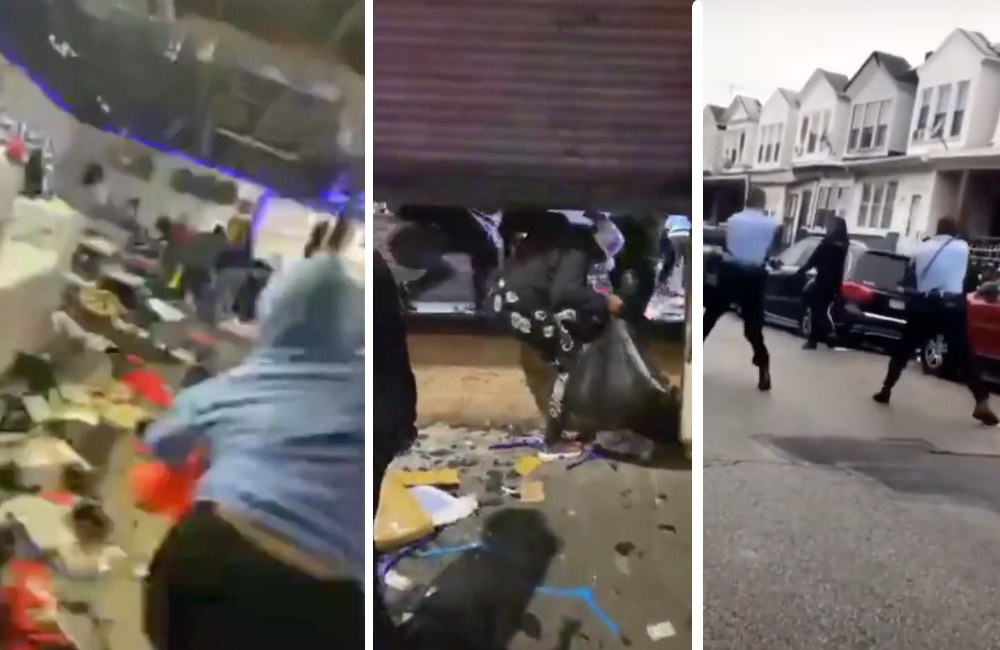 Outrage sparked by the shooting death of a Black man by police on Monday ripped across Philadelphia overnight amid protests that saw looting, vandalism and violent clashes between demonstrators and law enforcement officers.

At least 30 police officers were injured late Monday into early Tuesday, including a 56-year-old sergeant who was clipped by a black pickup truck, NBC Philadelphia reported. She was hospitalized with a broken leg and is expected to recover.

The incident was broadcast on a social media livestream around 12:50 a.m.

“Oh my god. He hit a cop,” one bystander can be heard saying in the video.

Police told the Philadelphia Inquirer they stopped a vehicle nearby a short time later that they believe was involved in the incident.

Hundreds of protesters took to the streets in Philadelphia just hours after police shot and killed a 27-year-old Black man, who has since been identified by family as Walter Wallace Jr.

Officers responded just before 4 p.m. to the Cobbs Creek neighborhood, where they encountered Wallace, who they said was armed with a knife at the time. Police spokesperson Tanya Little said authorities ordered Wallace to drop his weapon, but he instead “advanced towards” them.

Both officers opened fire, striking him in the shoulder and chest. He was rushed to a nearby hospital for care, but was pronounced dead a short time later.

Bystander video of the deadly confrontation shared on social media shows officers pointing their guns at Wallace as he walks in the street and around a car. He then approaches the officers as they back away from him with their guns still aimed in his direction.

They can be heard yelling at him to put his knife down before firing off several shots.

It’s not clear whether Wallace is armed in the video, though witnesses said he did have a weapon on him at the time of his death.

Dumpsters and at least one cop car were set ablaze in wake of the shooting as officers, many of them armed with batons, struggled to calm and contain the huge crowds. Some demonstrators cried and shouted at officers while others hurled bricks similar objects.

Police Commissioner Danielle Outlaw spoke with several people on the scene and vowed a thorough investigation into the shooting.

“I heard and felt the anger of the community,” Outlaw said in a statement, adding that the video “raises many questions” and that “those questions will be fully addressed by the investigation.”

The names of the officers who shot Wallace were not immediately released. Both were wearing body cameras and were taken of street duty pending the investigation.