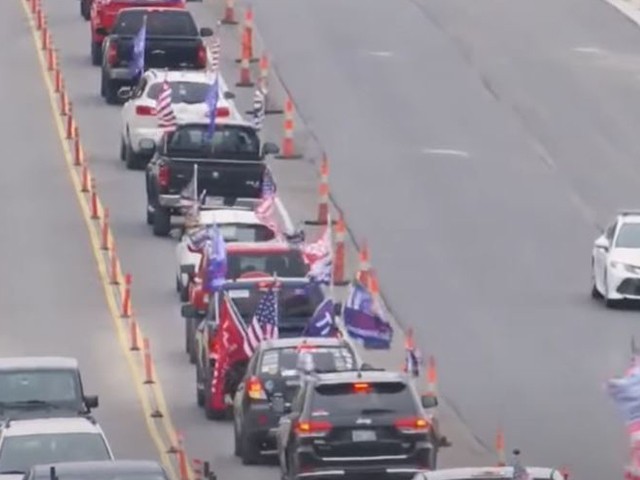 Hundreds of people drove through Topeka, Kansas, on Saturday to show their support for President Donald Trump’s reelection.

A video showed the hundreds of Trump supporters in their vehicles with their Trump 2020 flag signs, all gathered in a single file on the road from the Vinewood Venue, passing by the governor’s mansion and completing their journey at the statehouse in Topeka.

Jordan Rigi, the event’s organizer, said it was his aim to bring the silent majority together.

“I think there is a silent majority of people who are just afraid to stand up because of all of the issues going on in the world, you know being separated from people,” Rigi said. “I have even heard from people that their homes are getting vandalized because of a Trump sign so it’s the silent majority taking a stance together.”

He added that the intent was to drive by the governor’s mansion to show her, a Democrat, that her constituents are on Trump’s side, so they took a picture at the capitol waving their Trump flags.

Kansas was not the only state that held a pro-Trump rally on Saturday.

More than 1,500 cars lined up for a pro-Trump parade in Arizona on Saturday, one pro-Trump rolling rally in the Cincinnati area on I-275 Saturday drew thousands of participants, and another event in New Jersey that same day drew 1,000 participants.