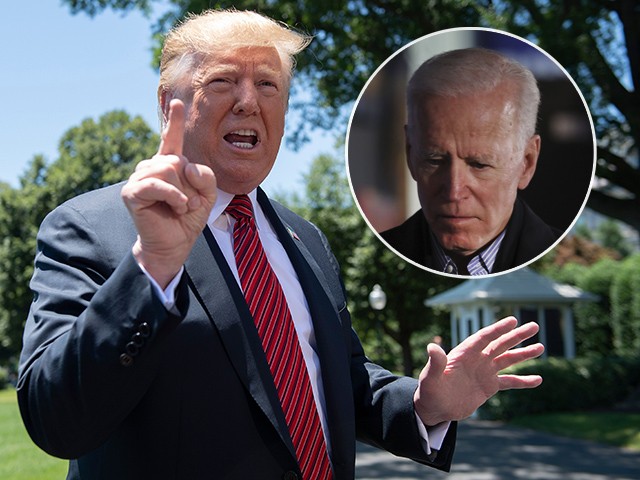 President Donald Trump taunted former Vice President Joe Biden at a campaign rally in Pennsylvania on Monday for forgetting his name in a recent interview.

Trump was referring to an interview with Biden with Norah O’Donnell on 60 Minutes aired on Sunday.

Biden’s wife Jill blinked several times and opened and closed her mouth while her husband struggled to get the words out.

The former vice president’s brain apparently flashed back to a time when George W. Bush was president for the years 2000-2008.

“This is what you’re putting in office, I don’t think he’s going to make it,” Trump said at his rally.

The president also taunted Biden for remaining at home last weekend and holding no campaign events.