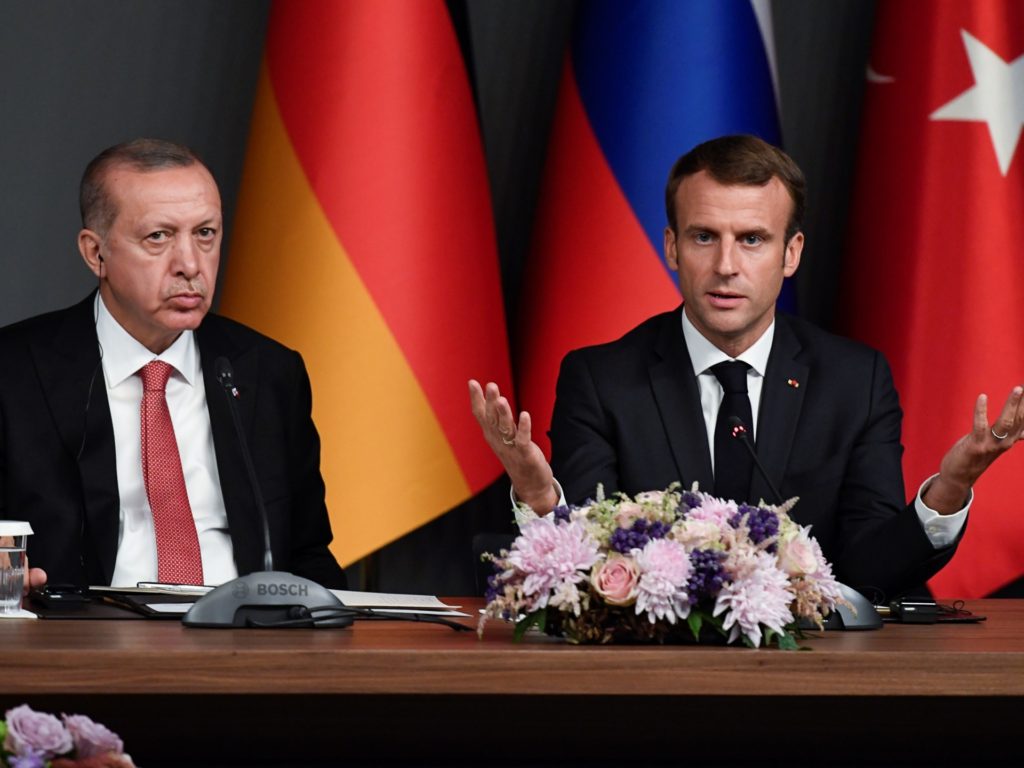 As Breitbart London reported, Macron has spoken out forcefully on Islam and its followers in France after local teacher Samuel Paty was publicly beheaded for showing cartoons of Muhammad in class.

France “will not give up our cartoons”, he said earlier this week, as the entire country rallied around the idea of free speech.

Responding to Macron’s campaign to defend such values – which began before the teacher was murdered – Erdogan asked in a speech: “What’s the problem of the individual called Macron with Islam and with the Muslims?”

The BBC reports he added: “Macron needs treatment on a mental level.

“What else can be said to a head of state who does not understand freedom of belief and who behaves in this way to millions of people living in his country who are members of a different faith?”

In the wake of the remarks, a French presidential spokesman said France’s ambassador to Turkey was being recalled for consultations, and would be meeting Macron.

“President Erdogan’s comments are unacceptable. Excess and rudeness are not a method. We demand that Erdogan change the course of his policy because it is dangerous in every respect,” the official was quoted as saying.

The Elysee official, who asked not to be named, also said France had noted “the absence of messages of condolence and support” from the Turkish president after the murder of Paty.

Erodgan is a pious Muslim who has sought to move Islam into Turkey’s mainstream politics since his Islamist-rooted AK Party came to power in 2002.

Earlier this month he warned the world Jerusalem “belongs” to Turkey, harking back to the Ottoman Empire’s control over the city for hundreds of years up until it was ejected in 1917.

The diplomatic spat is latest issue to strain relations between France and Turkey, NATO allies that disagree on a range of geo-political issues, including the civil wars in Syria and Libya, and the conflict between Armenia and Azerbaijan over disputed Nagorno-Karabakh.

France also has sided with Greece and Cyprus in tensions with Turkey over offshore oil and gas drilling in the eastern Mediterranean, prompting criticism from Ankara.

Seven people, including two students, have now been charged over the beheading of French teacher Samuel Paty on 16 October near Paris. A mosque that shared a fatwa video against Paty has also been shut down.

His killer, 18-year-old Abdullakh Anzorov, was shot dead by police shortly after the attack, which took place near Paty’s school.