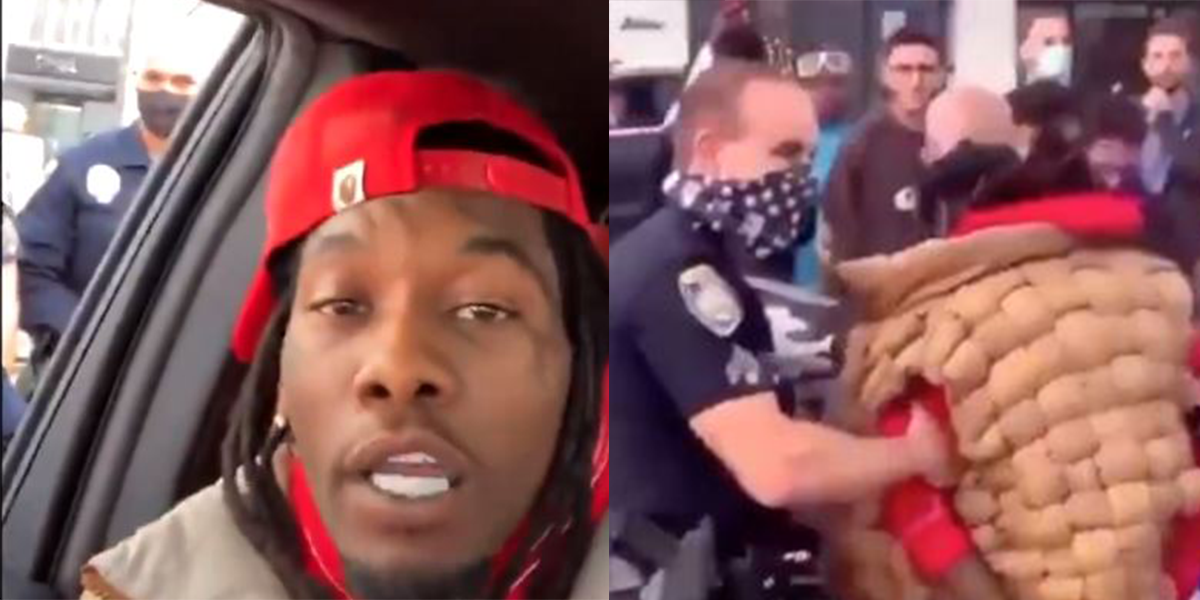 Rapper Offset was detained by police in Beverly Hills, Calif., on Saturday, and streamed part of his interaction with law enforcement live on Instagram.

Offset was not arrested, police said. Cops did arrest the passenger in the car, 20-year-old Marcelo Almánzar, on charges of carrying a concealed firearm and carrying a loaded firearm in public, Beverly Hills police said in a statement.

In the video, Offset says he is concerned that police have their guns on him and refuses to move his hands from the steering wheel.

“I’m not moving my hands,” the Migos rapper says. “I’m not doing any orders, you got guns out pointed at me.”

One officer asks Offset to turn off the engine. The rapper refuses, once again saying the officer has a gun on him. The cop says, “That’s my choice.”

A second officer says, “We were told that you guys were waving guns around.”

Offset responded, “I’m Offset from the Migos. They’re fans, that’s why they’re following me,” he tells the officer. He then says someone hit his car with a flag.

The cops ask Offset to open the door and step out of the vehicle, and he refuses, claiming that the officers can’t open his doors.

The second officer then opens the door, and the third officer grabs Offset by the wrist, hauls him out of the car and the stream ends.

Toward the end of the video, Offset says he will sue the police department.

Videos posted to social media showed Offset and police surrounded by supporters of President Trump, some of whom were carrying flags. Other videos showed Cardi B near the scene as well.