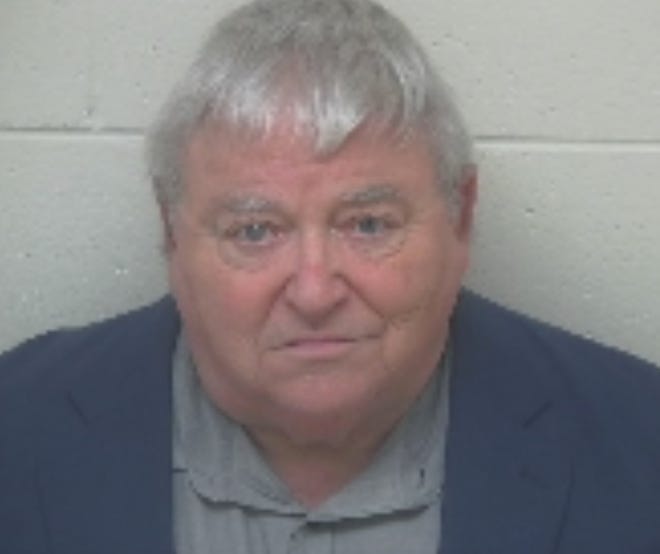 CINCINNATI – For more than 15 years, alleged victims of Michael Mearan felt like they were screaming into the void.

In voices both strained with emotion and seemingly hardened with trauma, they stepped forward – cautiously, with trepidation – to level their allegations: that Mearan, a former Portsmouth, Ohio, city councilman and still-practicing attorney, trapped them in a cycle of drug abuse and sexual servitude.

They told their stories to agents with the U.S. Drug Enforcement Administration. To FBI investigators. To journalists with The (Cincinnati) Enquirer, part of the USA TODAY Network. The worst that came of it were the convictions of eight defendants who pleaded guilty to drug charges – and none of those eight were Mearan.

On Friday, everything changed. After decades of rumors and investigations, Mearan was arrested on human trafficking, racketeering and related charges. He’s expected to be arraigned in Scioto County Common Pleas Court on Monday.

Mearan, 74, has previously denied having anything to do with trafficking, prostitution or drugs.

“If Dante were around, he’d invent an eighth circle of hell for this guy,” he told The Enquirer late Friday, hours after Mearan was arrested outside of his Portsmouth office on 18 felony charges.

“His victims were utterly powerless. One of the problems with this case is everyone thought Mr. Mearan was untouchable. The victims were reluctant to come forward because they thought nothing would ever happen to him, but something could happen to them.”

Some women did come forward, however – including Heather Hren, who spoke with Enquirer reporters for an investigation that ran in two parts published in March 2019 and September 2019. She said Mearan had arranged for her to have sex with a Cincinnati doctor for $200 and arranged for a probation officer to take nude photos of her, among other allegations.

Mearan, she said, “trafficked me to his friends or pimped me out.”

Hren was one of 10 women initially interviewed by The Enquirer last year, most of whom asked that their names not be published. The newspaper also pored through hundreds of investigative documents, including arrest and court records, and interviewed an additional 50 people for the project.

Here’s what the women alleged: Mearan, as a prominent attorney, would represent women facing drug charges. The lawyer promised them lenient sentences from judges he knew and parole officers willing to ignore probation requirements, but there was a catch: The women had to agree to have sex for money.

The sexual liaisons allegedly occurred in Portsmouth, Cincinnati and Columbus, but also outside of Ohio. The Enquirer was told of sex-for-money trips to New York, New Jersey, Louisiana and Florida.

The women were paid anywhere between $200 and $2,000 per encounter, and in some of the instances, Mearan himself handled the payment, they said.

The Enquirer interviewed Mearan twice during the investigation. He consistently denied the allegations. At one point he said he didn’t know what a sex trafficker was and asked for a definition.

Mearan’s home was raided this spring, a year after the newspaper’s initial report, by agents with the Ohio Bureau of Investigation. At the time, Mearan told reporters that any investigation into him would be fruitless because he led a “boring life.”

The Enquirer’s investigation began after the newspaper obtained a federal wiretap affidavit which had been filed under seal with the Southern District of Ohio. The 80-page affidavit, filed in August 2015 by DEA Senior Special Agent Keith Leighton – alleged that Mearan had been “known to law enforcement” in Portsmouth since the 1970s.

The agent linked Mearan to 27 women who worked for him as prostitutes, including two believed to have been met with foul play – one woman was dead with “multiple traumas” in 2013, while another, Megan Lancaster, has been missing since April of that year.

Lancaster, who was 25 when she was last seen, kept names and phone numbers in color-coded notebooks that her sister-in-law, Kadie Lancaster, compiled and showed The Enquirer last year. The entries included notations like “dance for” and “men who give money.” Mearan’s name and number appeared alongside both notations.

Kadie Lancaster said she was tagged in a post on Facebook Friday evening, with the news that Mearan had been arrested. She said she never thought it could happen.

“The whole thing was just surreal,” she said. “I just couldn’t believe it had finally came to a head.”

Megan Lancaster was last seen in Wheelersburg, an Ohio River city of about 6,000 residents about 10 miles west of Portsmouth. Saturday was her 33rd birthday.

Linda Mills, 35, was one of the alleged victims featured in The Enquirer’s investigation. She said she was promised a modeling contract by a former Scioto County Sheriff’s deputy, only to be sex trafficked at the age of 15. She described being forced to have sex with multiple men, getting addicted to drugs and becoming pregnant in 2003. The baby, born in 2004, was put up for adoption, she said.

Told Friday of Mearan’s arrest, she started to cry.

Mills described conflicting emotions, saying she felt both blessed that Mearan finally faced charges, but adding, “I’m so angry.” She said Mearan was protected for years by high-profile lawyers, judges and officers.

“Why are you protecting this man?” she asked. “Because you’re part of it and no one wanted to listen to people.”

Mearan is lodged in the Scioto County Jail. The prosecution is a joint effort between Yost’s office and Scioto County Prosecutor Shane Tieman.

According to the Supreme Court of Ohio’s attorney services office, Mearan’s registration is active. He was admitted in 1971 after graduating from Ohio State University and passing an exam. His listing indicates he has no record of disciplinary issues, nor of administrative sanctions and suspensions.

Mearan operates his own law firm, the website for which describes him as accomplished, humble and passionate, and says he “has created quite the reputation for himself during his years of practice.”

The 18 felony charges Mearan faces include human trafficking and compelling prostitution, and stem from activity between 2003 and 2018 involving six women. If convicted of all charges, he faces more than 70 years in prison.

Yost said now that Mearan has been charged, other victims may feel safe enough to come forward. He said he was impressed by the six women who are already a part of the case for their strength and resilience.

“When we called today and went around and talked to them to let them know… there was a deluge of tears,” Yost said. “They never thought it would happen.”