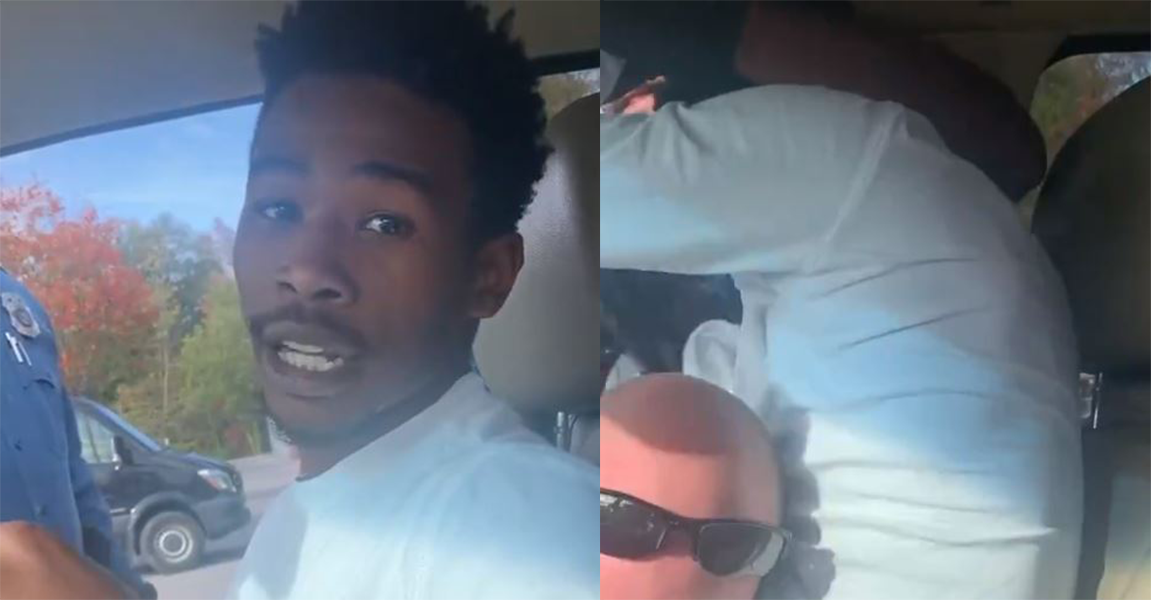 In several videos, officers ask Antoine Lee Wedington, 23, of Brooklyn Park, to get out of the car, saying they have a warrant for his arrest. Wedington, the passenger, does not leave the car, and officers eventually remove him; throughout the videos, he asks the officers to let him leave the vehicle. When pressed against an SUV, he shouts at his partner to continue filming.

The videos, posted by Wedington’s partner and identified on TikTok as @heatherjanney, have been viewed more than 22.5 million times on TikTok as of Saturday afternoon, prompting reports from TMZ and outlets across the country. Outlets have further identified her as Heather Janney.

The videos end with Janney crying and what looks to be an infant in the backseat. Wedington told police during the arrest he was saying goodbye to his family who were in the vehicle with him. Commenters expressed anger at the police

The Capital reached out to the woman but did not immediately receive a response. She made another video following Wedington’s arrest asking for donations to help pay for lawyers. Wedington had the public defender’s office listed as his attorney as of Saturday. In her TikTok account, Janney responded to viewers.

“He is okay…but still in jail,” Janney commented on the video. “They charged him with resisting arrest…they assumed his name and that he had a warrant.”

The county police department addressed the video in a news release Saturday, stating that Wedington was identified during a traffic stop when the female driver was pulled over for speeding around 3:20 p.m. Monday near the intersection of Shady Side and Deale Churchton roads in Deale.

Officers asked the driver and Wedington for identification, and Wedington refused, police said. Wedington said in the videos he didn’t think it was legal for police to identify him.

You are now following this newsletter. See all newsletters.

Officers identified Wedington with a database and discovered he had two active warrants issued in Anne Arundel County, at least one for failure to appear in court, Sgt. Kam Cooke said in an interview. Cooke said he did not know the nature of the other warrant.

The videos posted online don’t show the beginning of the encounter between Wedington and the police. County police said Wedington was given multiple opportunities to leave the vehicle on his own. Wedington refused, prompting the officers to grab him, police said. After engaging, police don’t fully let go of Wedington as he asks to let himself out of the vehicle. At one point Wedington says the police are acting like “dogs.”

“I’m a human being,” Wedington said in one of the videos.

In a third video, after a struggle that ended when Wedington was handcuffed, an officer says, “Now, was that that hard?”

Wedington was charged with resisting arrest. The Anne Arundel County Sheriff’s Office declined to comment on the incident and asked a reporter to call back Monday.

The driver was cited for driving 45 mph in a 30 mph speed limit zone and was released at the scene. Wedington was transported to the Anne Arundel County Detention Center for processing.