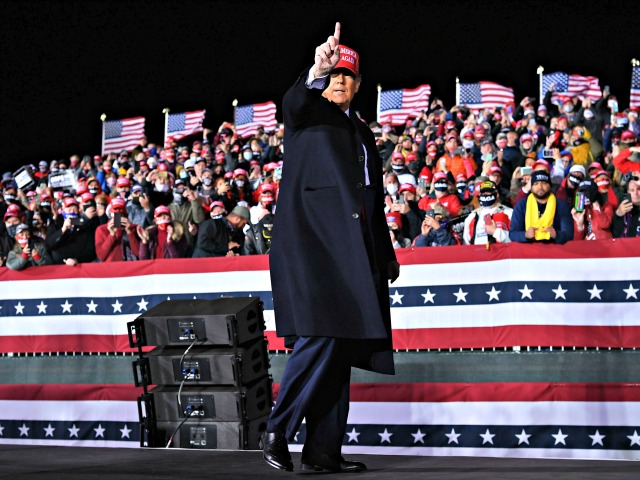 “Biden constantly lies, and he said he won’t defund the police,” Trump said, and added, “We have tapes.”

The video featured Biden talking about how he once experienced a good relationship with law enforcement until the year 2020. It also featured clips of Biden saying that there was “absolutely” systemic racism in America’s police departments, and his famous moment where he said he would “absolutely” redirect police funding elsewhere.

The video also reminded supporters that people working with the Biden campaign contributed funds to bail out criminals in Minnesota during the George Floyd riots.

“I will always stand with the heroes of law enforcement,” Trump said. “And no one is hurt more by Democrats in the war on police than the African-Americans.”