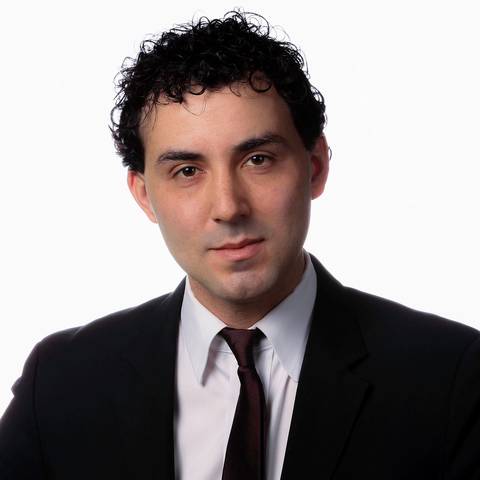 A surge in coronavirus cases in counties critical to President Donald Trump’s victory may disrupt his plans to drive up in-person voting on Nov. 3, potentially reducing Republican turnout in areas the president can least afford it.

In Kenosha, a Wisconsin county that voted for Barack Obama in 2012 and Trump in 2016, the positivity rate for COVID-19 test results has reached 27%. In relatively populous Westmoreland County in Western Pennsylvania where Trump won by more than 50,000 votes four years ago, the positivity rate for coronavirus cases has nearly tripled in two weeks, according to the Pittsburgh Post-Gazette.

And Calhoun County, Michigan, which gave Trump a double-digit margin of victory in 2016 after narrowly voting for Obama in 2012, has recently seen the fastest spread of the virus of any county in the state’s lower peninsula.

Epidemiologists and political experts alike believe numbers like these point to an increasingly dire Election Day picture, in which spiking cases and diminishing hospital capacity in counties where Trump must run up the score could scare voters away from the polls.

“I think we can assume that around the time of the election, unfortunately, we’re going to see increased rates of death in particular, given the acceleration we’re seeing in many parts of the country,” said Dr. Laura Jarmila Rasmussen-Torvik, chief of epidemiology in the Department of Preventive Medicine at Northwestern University’s Feinberg School of Medicine.

“Of the areas that are being pretty hard hit right now, there are several midwestern areas, for example, where you’re seeing the health systems about to get overwhelmed – and maybe we will see changes in behavior in response to that,” Rasmussen-Torvik said. “In many places, we are very much headed in the wrong direction.”

The surge in coronavirus cases in such critical counties comes as more unwelcome news for Trump’s team, which already enters the final stretch of the campaign against Democratic opponent, former Vice President Joe Biden, running out of money and down in battleground and nationwide polls.

A record number of Americans are voting by mail, and with polls indicating that Democrats are far more likely to take advantage of that option, Republicans are warning that health scares could upend their last, best chance to catch up in the vote count.

Relying on in-person voting was always a risky strategy from the president, who decided early on to cast doubt on the legitimacy of mail-in voting during a deadly pandemic.

Throughout the campaign, Trump has repeatedly warned that universal mail-in voting could lead to widespread voter fraud, and Republican lawyers have fought to restrict ballot receipt deadlines, the use of ballot dropboxes, and other measures that could expand the vote ahead of Election Day.

There is no evidence to back up Trump’s claims of voter fraud, but they have had the effect of diminishing confidence among Republicans that voting by mail is a secure way to cast their ballots.

“The president’s opposition to voting by mail, or voting early, is utterly incomprehensible and has been from the start – something that Republicans have traditionally been good at, in some places. It’s obviously critically important given the pandemic in general, it’s critically important given the need for support from seniors,” said Michael Steel, longtime press secretary to former Republican House Speaker John Boehner.

“As a result you have greater concerns about driving substantial Election Day voting in areas where the pandemic may be on the rise,” Steel said.

Democrats, meanwhile, have already been voting early in droves, particularly through the mail. That’s sparked concern among some Republicans who say they’ll need to match massive Democratic turnout engineered over the course of weeks in just a single day.

If even a small share of their voters stay home because of concerns about coronavirus, it could have catastrophic effects up and down the ballot for the GOP.

“It’s safe to say Republicans will need to achieve some historical level of turnout to dig themselves out from this hole,” said Tom Bonier, a Democratic analytics expert who has closely tracked the early vote. “That’s not to say they can’t do it.”

Bonier said he expects 90 million or more people could vote before Election Day — with a significant majority of them supporting Democrats.

Of the more than 30 million people who have already voted, he said his own modeling showed about four million more Democratic voters have cast their ballots than Republicans, a 13-percentage-point gap. That discrepancy might begin to be reduced as GOP voters cast early in-person ballots — a voting method they have shown less resistance to using than voting by mail — but he doubts the gap will close significantly.

The danger, he added, is that the race could be affected greatly by even a small share of GOP voters opting against voting in person because of the combination of coronavirus outbreaks and unusually long lines at their local polling place.

“We don’t know how large a share of the electorate that will be, but that it’s a factor that has to be a cause for concern among Republican strategists and consultants,” Bonier said.

Top epidemiologists already see the signs of a worsening wave of COVID-19 cases, fueled by a drop in temperatures and fatigue over pandemic restrictions.

“I think we are in store for worsening conditions – I think that they’ll probably be at their worst mid-winter, and November is a step along the way,” said Dr. Ed Nardell, a professor of immunology and infectious diseases at Harvard’s Chan School of Public Health and an expert on airborne diseases. “Unless behavior changes, nothing about the virus is going to change, and we’re already getting early data that suggests that with cooler climate, things are going to get worse.”

“Everything is delayed by the incubation time of the virus, and the time it takes to get tested and report those tests,” Nardell said. “I do think it will be worse than it is now.”

Some Republicans acknowledge at least limited concern about saving much of their vote for Election Day.

“Regardless of how one feels about COVID — how dangerous it is, how dangerous it isn’t — none of that has any bearing on the fact it’s a legitimate issue and concern within society right now,” said Brian Westrate, treasurer of the Wisconsin Republican Party. “It would be foolish not to consider that as a potential preventative for people to vote.”

But the treasurer added that Democrats should be concerned about their own voters who plan to turn out on Election Day if infection rates soar in the state. The Republican Party has actively encouraged its voters, locally in the state, to cast their ballot through the mail if they’re comfortable doing so, he said.

“We’ve made it very clear, I hope, to voters that we’re not discouraging Wisconsinites from voting by mail,” Westrate added.

Michael Wilner is a White House correspondent for McClatchy. He has led coverage of the Trump administration’s response to the coronavirus. Previously, Wilner served as Washington bureau chief for The Jerusalem Post. He holds degrees from Claremont McKenna College and Columbia University and is a native of New York City.

Alex Roarty has written about the Democratic Party since joining McClatchy in 2017. He’s been a campaigns reporter in Washington since 2010, after covering politics and state government in Pennsylvania during former Gov. Ed Rendell’s second term.