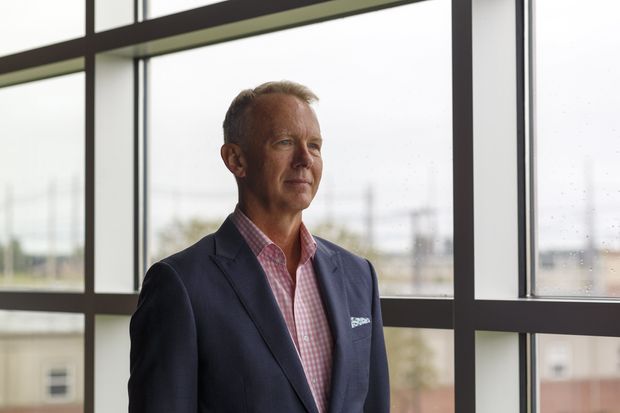 WASHINGTON—President Trump’s trade war against China didn’t achieve the central objective of reversing a U.S. decline in manufacturing, economic data show, despite tariffs on hundreds of billions of dollars of Chinese goods to discourage imports.

The tariffs did succeed in reducing the trade deficit with China in 2019, but the overall U.S. trade imbalance was bigger than ever that year and has continued climbing, soaring to a record $84 billion in August as U.S. importers shifted to cheaper sources of goods from Vietnam, Mexico and other countries. The trade deficit with China also has risen amid the pandemic, and is back to where it was at the start of the Trump administration.

Another goal—reshoring of U.S. factory production—hasn’t happened either. Job growth in manufacturing started to slow in July 2018, and manufacturing production peaked in December 2018.

Mr. Trump’s trade advisers nonetheless say the tariffs succeeded in forcing China to agree to a phase one trade deal in January, in which Beijing agreed to buy more U.S. goods, enforce intellectual property protections, remove regulatory barriers to agricultural trade and financial services and to not manipulate its currency.

They also say the tariffs—which remain on about $370 billion in Chinese goods annually—will over time force China to end unfair practices and help rebuild the U.S. manufacturing base.

Tariffs “are having the effect of bringing manufacturing jobs back to the U.S.,” U.S. Trade Representative Robert Lighthizer said in an interview, citing statistics that show a net gain of 400,000 U.S. manufacturing jobs from November 2016 until March 2020, when the pandemic forced widespread factory closures.

An industry-by-industry analysis by the Federal Reserve showed that tariffs did help boost employment by 0.3%, in industries exposed to trade with China, by giving protection to some domestic industries to cheaper Chinese imports.

But these gains were more than offset by higher costs of importing Chinese parts, which cut manufacturing employment by 1.1%. Retaliatory tariffs imposed by China against U.S. exports, the analysis found, reduced U.S. factory jobs by 0.7%.

But Mr. Trump’s enormous increase in tariffs on Chinese goods represented a sharp departure in post-World War II economic history. Since the war, the U.S. has led round after round of global trade talks aimed at reducing tariffs. No longer.

“This is the biggest use of tariffs since the Smoot-Hawley tariffs” during the Great Depression, said Chad Bown, a trade expert at the Peterson Institute for International Economics. “The economic impact is going to take years to play out.”

Mr. Trump has called himself a “tariff man” and said businesses that complain about the impact of tariffs should simply build factories in the U.S.

“I happen to be a tariff person because I’m a smart person, OK?” Mr. Trump said in an interview with The Wall Street Journal in November 2018 as the trade war intensified. “We have been ripped off so badly by people coming in and stealing our wealth.”

The tariff strategy, however, played out differently for manufacturers depending on their individual circumstances. That is shown by the experience of two Midwestern manufacturers, Atlas Tool Works Inc. and Hemlock Semiconductor Operations.

Illinois-based Atlas said sales of its brackets, gears and conveyor belts used in manufacturing rose 18% in the year after Mr. Trump placed tariffs on similar parts from China. But Hemlock, a Michigan company that makes polysilicon used in computer chips and solar cells, is still struggling.

The phase one trade deal signed by Washington and Beijing in January specified that China would buy more U.S. solar-grade polysilicon, Hemlock’s main product. But China never lifted its tariffs on polysilicon—just as the U.S. kept tariffs on most Chinese imports—and Hemlock didn’t register any gains.

“We’ve reached out to Chinese companies, ‘Are you interested in buying polysilicone?’” said Phil Dembowski, Hemlock’s chief commercial officer. “But they all tell us the same thing—no mechanism to import it without paying duties. They’d like to, but they can’t afford that tariff.”

Atlas, by comparison, was able to benefit from the tariffs because it shuns Chinese suppliers—a point of pride for the family-owned business founded in 1918.

The company says it was forced to close a lucrative business supplying telecom-gear makers in the early 2000s because of Chinese competition. Atlas refocused on fabrication equipment for the defense and health-care industries, but that eventually came under assault from cut-rate Chinese competition too, according to owner Zach Motti.

When Mr. Trump approved tariffs in 2018, sales boomed. Atlas had no Chinese suppliers, so its costs remained stable. The company, which had about 100 employees before tariffs, added about two dozen new positions.

“We saw the uptick right away when the tariffs hit,” Mr. Motti said.

But for companies including Hemlock, the tariffs backfired. Rather than pressuring Beijing to open markets, China responded with retaliatory tariffs that made Hemlock’s products more expensive there. And U.S. companies that buy parts from China suddenly faced higher costs.

U.S. trade negotiators recognized that many U.S. companies, like Hemlock, were dependent on Chinese supply chains, and sought to get China to agree to pare back its industrial subsidies. But the U.S.-China trade deal signed Jan. 15 failed to achieve that goal, which was put off for future talks that have yet to materialize.

Mr. Trump and his opponent, former Vice President Joe Biden, have tangled over whether the president’s trade and tariff policies have brought back factory jobs. “They gave up on manufacturing,” the president said of Messrs. Biden and Obama in the first presidential debate.

Mr. Biden was equally dismissive of the Trump record during the session, saying that “manufacturing went into the hole” even before the pandemic.

Even so, Mr. Biden’s top advisers don’t commit to rolling back the Trump tariffs on China. Rather, they say the vice president would consult with allies on what to do about the levies. “Tariffs would be among the tools we would consider in an allied approach,” said senior Biden adviser Jake Sullivan.

Derek Scissors, a resident scholar at the conservative American Enterprise Institute, initially supported the Trump administration’s approach to China, but now says the effort largely failed to achieve its objectives.

Mark Bassett, the CEO of Hemlock, was enthused to see the Trump administration’s efforts to level the playing field in the solar industry. But he came to believe more fundamental changes were needed for his company and others that compete against Chinese rivals who are subsidized by Beijing.

“You need to take a look at things a little more holistically, rather than a whack-a-mole methodology,” Mr. Bassett said, comparing tariffs to the arcade game in which targets keep popping up.

How could the U.S. revitalize its manufacturing sector and reduce its trade deficit with China? Join the conversation below.

Chinese companies that make solar panels bought $1 billion of American polysilicone, like Hemlock’s, in 2010. Anticipating continued strong sales to China, Hemlock spent more than $1 billion to build a new factory in Clarksville, Tenn., that was completed in 2012.

But China had plans of its own. Solar was specifically identified as a strategic industry for Chinese dominance in “Made in China 2025,” the country’s national plan to dominate high-tech manufacturing. That plan included making solar-grade polysilicon—turning China into a competitor to Hemlock instead of a customer.

Solar-grade polysilicon exports to China had shriveled to $107 million by 2018. The plant in Clarksville never operated, and was closed in 2014.

“It’s the classic Chinese industrial story,” said Mr. Bassett. “Continued subsidization, no requirements to deliver a return on investment, no enforcement of environmental or safety standards. An artificially low price that drives everyone else out of business.”

Write to Josh Zumbrun at Josh.Zumbrun@wsj.com and Bob Davis at bob.davis@wsj.com