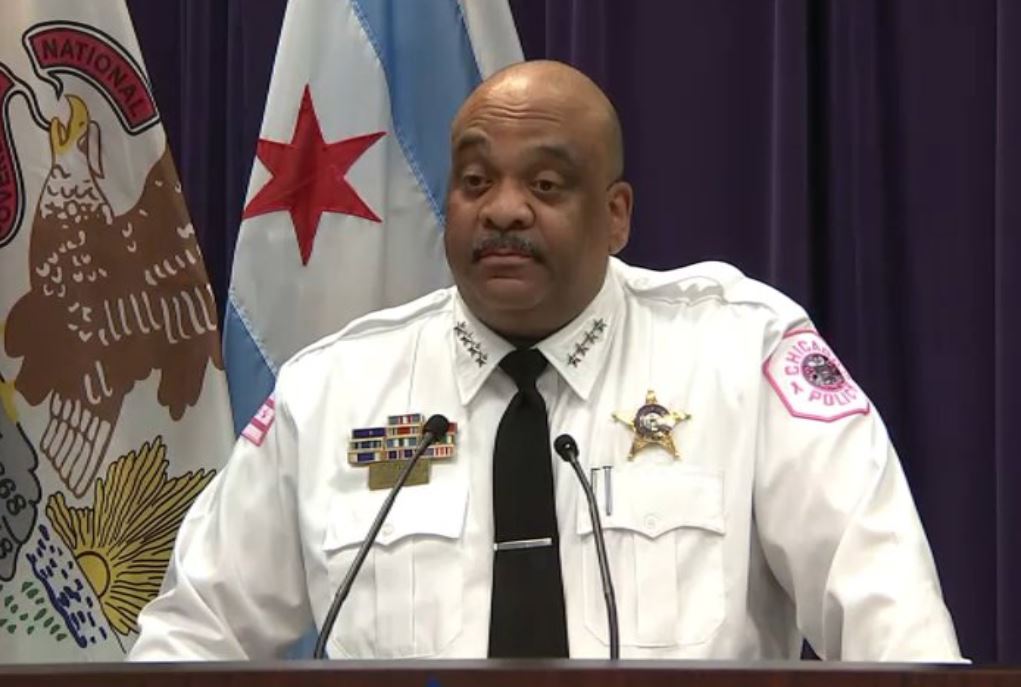 Chicago police were called to the South Side home of former police Superintendent Eddie Johnson Friday night for a report of a domestic battery, sources familiar with the incident told the Tribune.

Officers were called around 9:30 p.m. to a home in the 1200 block of West 33rd Place, where Johnson lives, according to an official statement from the Chicago Police Department. Police did not provide the exact address of the report, but sources familiar with the incident said the response was to Johnson’s home.

The department said a female called police after a male pushed and shoved her during an argument. A police spokesman would not identify the male, but said he is 60 years old, which is the same age as Johnson.

Sources with knowledge of the incident identified Johnson as the suspect in the case and said the reporting victim was his wife. No injuries were reported and there were no arrests, though detectives were still investigating Saturday morning.

The domestic violence call was the latest in a string of incidents where Johnson has come under scrutiny since he was fired by Mayor Lori Lightfoot late last year after he was out drinking with a subordinate in October 2019 and found asleep behind the wheel of his city vehicle.

That subordinate, Cynthia Donald, an officer who worked on Johnson’s security detail, filed an explosive lawsuit last week accusing the former superintendent of rep realty raping and harassing over the course of a few years. Johnson has denied those allegations.

The Tribune reported Friday that a Cook County grand jury has requested extensive documents about the night that ultimately led Johnson’s firing, an indication that prosecutors are considering criminal charges against one or more players in the saga.

A subpoena obtained by the Tribune demands that the city inspector general’s office send over all of its reports about the night Johnson went out drinking with Donald.

Following an investigation by the inspector general’s office, Donald became one of eight officers facing suspension for their role in the police response to Johnson sleeping in his SUV.

Among the IG’s conclusions: Chicago police officers made a series of critical mistakes ranging from not supervising young officers to improperly handling body-worn camera footage after Johnson was found asleep, having consumed the equivalent of 10 drinks, the report said.