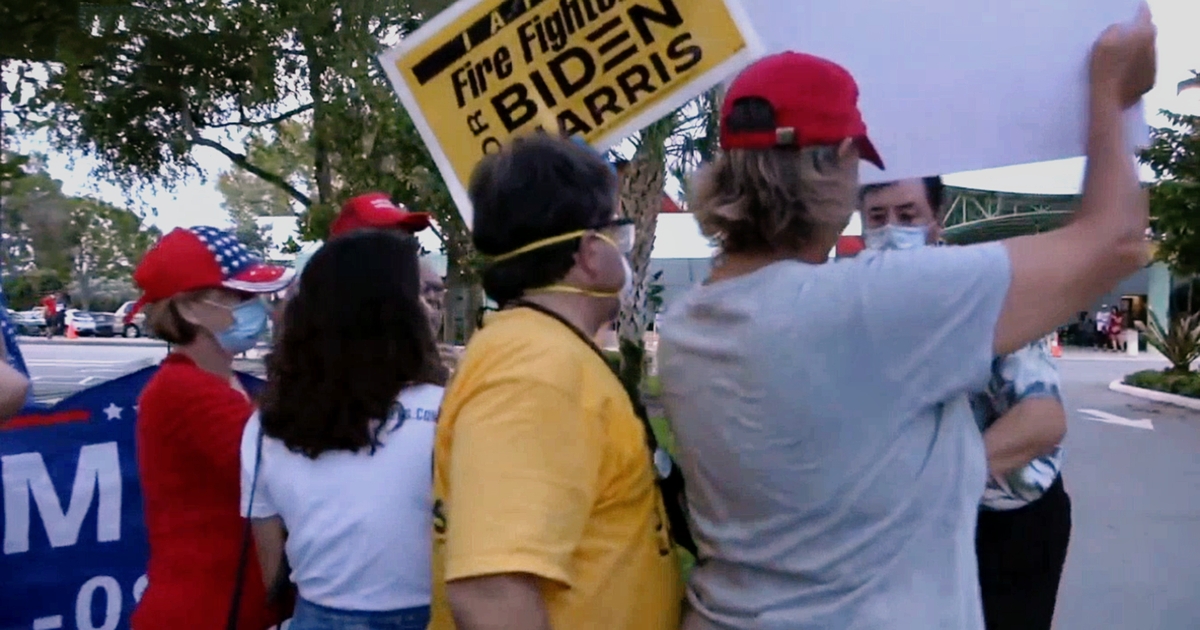 Maskless Trump fans got into it with a lone supporter of former Vice President Joe Biden as they all waited for President Donald Trump to cast his vote at a West Palm b each, Florida early voting site, and even blocked his view of the site until an election supervisor intervened.

There was a bit of drama Saturday morning when a crowd of spottily-masked Trump supporters — many of whom also showed support for conspiracy theorist and congressional candidate Lara Loomer — gathered to watch Trump’s arrival at the site to cast his vote for president, but had to be pushed back by a site supervisor because they were far too close for the state’s 150-foot rule.

At one point, one of them claimed it was the lone supporter of Trump’s opponent among them — a man holding a “Firefighters for Biden/Harris” sign — who “tattled” on them for violating the 150-foot rule by about a hundred feet.

As the supervisor was returning to enforce the rule with a tape measure, one of the maskless Trump supporters approached the firefighter and stood directly in front of him, literally pressed against him.

“This is easy, this is how you do it, folks!” the woman said, adding “He’s asking for trouble, let’s give it to him.”

Another told him “You don’t own that space.”

When the supervisor arrived, he told the woman “Please don’t block him,” and invited the man to come forward, at which point another maskless woman cried “Sir! Sir! He’s above the line!”

The first woman then pointed to a man in another area and said “This one. He’s wearing two masks. One’s not enough.”

Watch the video above via Ruptly.