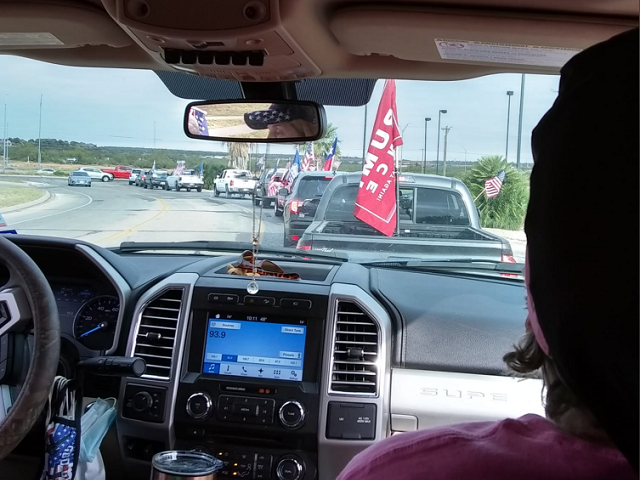 Hundreds of cars, trucks, and motorcycles took to the roadways of San Angelo to express their support of the president who delivered on his 2016 campaign promises to help the oil and natural gas industry.

“I came out to have fun and support Trump,” San Angelo resident Ricky Rojas told a the San Angelo Standard-Times.

“I came out to have fun and support Trump.” San Angelo residents decorated their vehicles and paraded through the city Saturday morning during a “Trump Train Rally.” See the photos here.

Now, here is a true American!

Charlie came to Academy to look for fishing gear but when he saw the Trump rally he scrounged up a sign, taped it to his door and got in line.