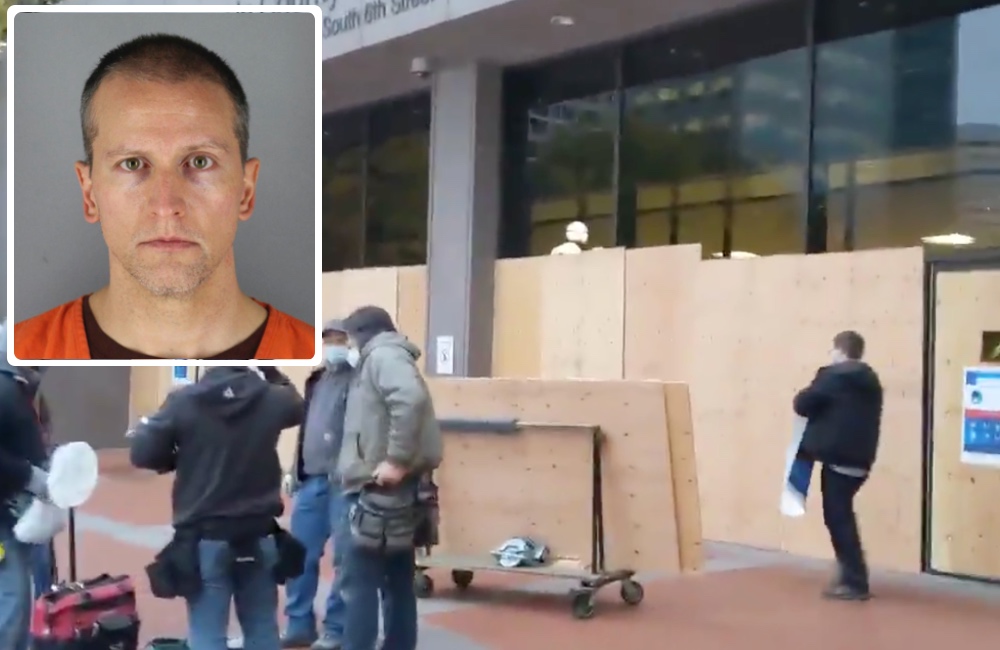 On Thursday, Hennepin County Judge Peter A. Cahill denied the motions to dismiss the aiding and abetting charges against the other three officers charged in Floyd’s death: Tou Thao, J. Alexander Kueng and Thomas Lane.

Chauvin also remains charged with second-degree murder and manslaughter in the death of George Floyd, according to Fox 9.

Judge Cahill suspended Chauvin’s third-degree murder charge for a period of five days to allow the state to appeal the ruling.

In anticipation of any potential unrest after Judge Cahill’s rulings this morning, the Hennepin County Government Center has been boarded up to protect its windows and doors.

In anticipation of any potential unrest over Judge Cahill’s rulings this AM in #GeorgeFloyd murder case, the boards are going back up on the Henn Co Gov Center glass. @FOX9 pic.twitter.com/luvFbKxLrQ