Hollywood Celebs Are (Still) Going Nude to Get Out the Vote 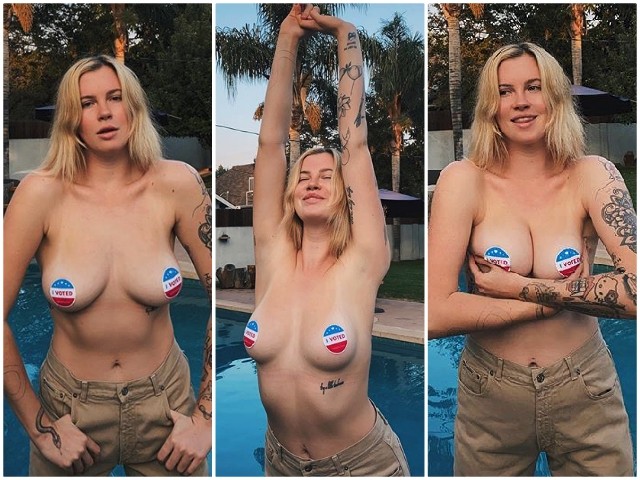 While millions of Americans grapple with the serious issues facing this country ahead of Election Day, more Hollywood celebrities have decided that their contribution to civic engagement is taking off their clothes on social media to encourage voting.

Stars including Ireland Baldwin and Oscar-winner Jared Leto are going nude to push voter participation.  Baldwin, the daughter of Alec Baldwin and Kim Basinger, posted topless photos of herself on Wednesday, wearing only “I Voted” stickers as pasties. “Voting is cool and so are disproportionate boobs,” the model posted on Instagram.

They are among the latest Hollywood stars to bare their skin online in an effort to boost voter turnout this election. Earlier this month, celebrities including Chris Rock, Tiffany Haddish, Amy Schumer, Josh Gad, and Sarah Silverman stripped for an election ballot explainer video warning against “naked ballots” in the upcoming election.

Last month, Emmy-winning This Is Us actor Sterling K. Brown took his shirt off on Twitter to promote voter participation.

And while she didn’t exactly strip, model Kylie Jenner posed in a bikini for Instagram, writing “let’s make a plan to vote.” together.”